Giants Fans are Getting Just What They Wanted

Well this is what the Giant fans were hoping for.  The division is clinched, the Dodgers are on the verge of elimination AND the Giants have about a 95% chance of witnessing the Dodgers eliminated from the post season during one of the final three games of the season.

"It couldn't have been set up more perfectly," says Nick, a lifetime Dodger hater and Giants fan who works with me.  I put it in that order purposely because it's the truth.  The fans up north actually get more joy out of watching the Dodgers lose than their Giants winning.  I believe it's that way because for the longest time, that's what Giant fans really had to root for. 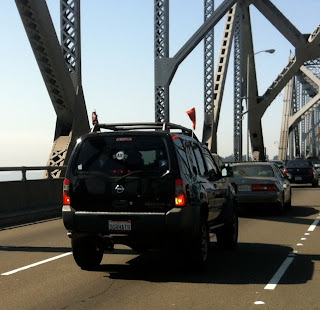 Take the next 22 years though and the Giants have dominated the rivalry with one World Series victory and 3 pennants, while the Dodgers have goose eggs in each category.

A lot of us felt that a changing of the guard was in order with the recent acquisitions by the new Dodger ownership group.  Unfortunately for us the 2012 team fell flat on its face immediately after the Boston deal on August 24th when the Dodgers completed a 30% roster turnover with 78% of the season already over.  The Giants gelled about that time and the Dodgers swooned.  On the day of the trade, the Dodgers were 2 games behind the Giants.  Today, they find themselves 9 back.

"You can't buy chemistry, and the Dodgers don't have it," adds Nick.  When reminded of the recent Dodgers surge he says, "too little, too late.  The pressure got to them and now they're going down for the last time."

Man, I really hate the Giants.  I think I'm starting to develop the "hate them first, love my team second" mentality.  Twenty four years without a championship does that I guess.
Posted by Evan Bladh at 12:54:00 PM