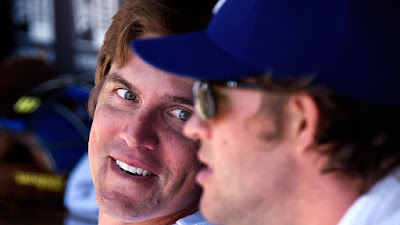 The Dodgers have a rarity of two off-days this coming week, and three days off in the coming nine days.  This creates a unique opportunity to break-up the back-to-back Greinke/Kershaw starts without having either one of them losing a start.  Additionally a juggling of the rotation order can set up the home series against the Giants in two weeks, with both Greinke and Keshaw facing them.  Without a shuffle in the rotation, the Dodgers would play their three against San Fancisco with Latos, Wood and Anderson on the hill.

Aside from setting up the starting staff to the most advantageous match-ups for the team, this also grants much needed extra days of rest for Wood, Anderson and Latos.   It makes perfect sense and I would hope that the decision makers would give these changes serious consideration.

Kike Hernandez is that rare gem that unexpectedly may be the key acquisition in the off-season trade with Miami.  He brings enthusiasm combined with versatility and a glove that can competently play 5 defensive positions.  I call him the modern day Derrell Thomas, but with a better bat. 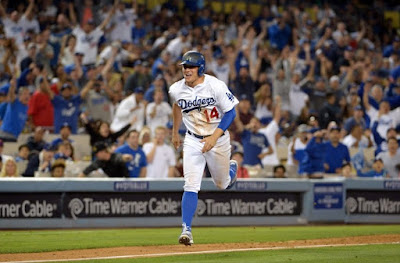 Hernandez's three-run clout in last night's game was nearly hit out of the LF Pavilion.  The blast was shocking, not because he homered, but because of the distance the ball travelled.  ESPN tracked it's distance as as 433 feet.   I'm not sure how accurate that measurement was, but there's no doubt it was tattooed.

The Dodger's 8-3 win last night showed a return of the home run, as 5 were hit by both teams on a hot August L.A. night.  Something I would expect to continue in today's afternoon contest in the sweltering heat.

The New Guys Contribute for the "W"

Dodger fans can be an impatient lot, and the early results of Jim Johnson, Alex Wood, Mat Latos and Luis Avilan have got a lot of them up in a tizzy.  For that reason last night's 5-3 Dodger win over Cincinnati may have temporarily calmed a few nerves.

It can't be ignored that Alex Wood pitched a good game last night.  He was on his game, his pitch count was low, he was getting ahead in counts.  It was a solid, not great, but solid outing and deserving of a win.

Jim Johnson retired the two hitters he was assigned, and luck was in his favor for the first time in which her wore a Dodger uniform.  I realize Johnson has been lit up in his previous outings, but I've seen enough nasty pitches from this guy in all but one of those appearances to still believe he can be a valuable piece to the bullpen.  To simply give up on him would be foolish.  As much as I'm quick to criticize Mattingly, I was glad he found a spot for Johnson to contribute last night.  I strongly believe that Johnson will be a significant contributor to the team between now and the end of the season.

Latos and Avilan remain to perform up to standard, but there's time.  Meanwhile, the Dodgers, in my opinion need about 27 more wins to wrap up the division title.  That'll put them at a 92 win season. Do they have it in them to finish up 27-18, (a .600 pace)?  I believe so, but there's still a lot of quality opponents that they'll have to beat.

Last season Dan Uggla found himself in a San Francisco Giant uniform for 4 games.  He participated in a three game series in SF against the Dodgers and went 0 for 9, while striking out 4 times.  He also made two errors at second base.  It was a putrid week for him as his batting average lowered to .152. As Dodger fans we were elated, after all the Dodgers swept the Giants and their new second baseman appeared to be done as a player.  The Giants brass didn't stick with him much longer, as he was released after his next game, an 0 for 3, two strikeout performance in a loss at home to Pittsburgh.

Q: What does he get for that?

A: A World Series ring.

Uggla is in San Francisco with the Nationals this week and he was presented his ring, for that 4 game losing swing.  Sorry, but there's something wrong with that. 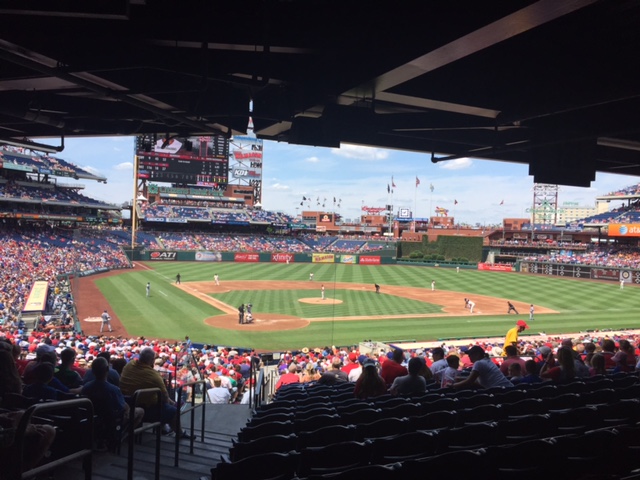 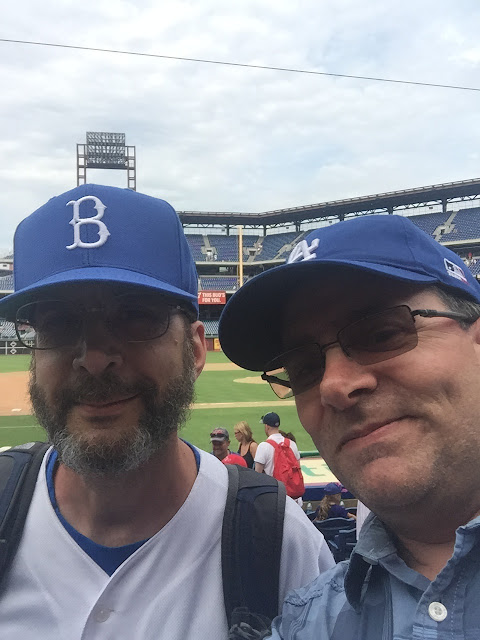