During the 2008 Presidential Race, Upper Deck produced a Presidential Candidate series that featured caricatures of candidates in historical baseball poses.  With the recent Iowa Caucuses concluding yesterday in what was the closest race I have ever seen in my life (Romney over Santorum by a mere 8 votes), I thought Romney’s card in which he’s waving Fisk’s Pole shot fair is appropriate, considering that he took the caucus vote in Iowa by an eye lash. 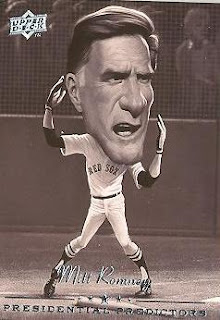 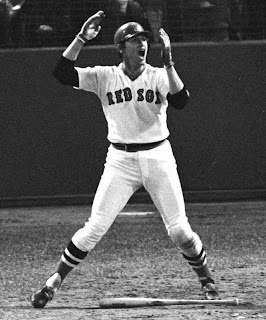 Other cards issued were of Fred Thompson posing as theSultan of Swat. 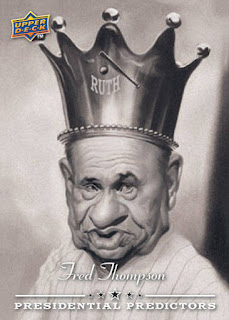 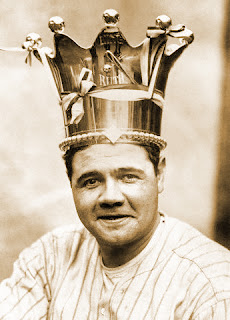 Hillary Clinton and Barak Obama celebrating as Derrick Lowe and Jason Varitek following game 5 of the 2003 ALDS.  Some have said that it is Papelbon and Varitek celebrating the '07 World Series win, and it may well be, but when comparing photos of the actual event, this artist rendering is much closer to the Lowe/Varitek celebration in '03.  In the '07 celebration, it is Papelbon lifting Varitek off the ground. 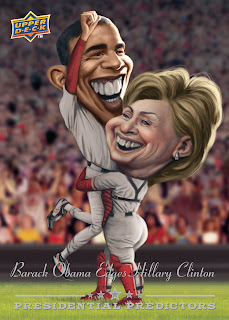 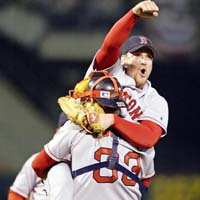 Here you have White Sox fan Obama dueling with John McCain in a parody of the slugfest between  A.J. Pierzynski and Michael Barrett in 2006.   That was one crazy fight.  Barrett just lost it and knowing everyone's opinion of A.J., most didn't mind that Pierzynski got sucker punched either. 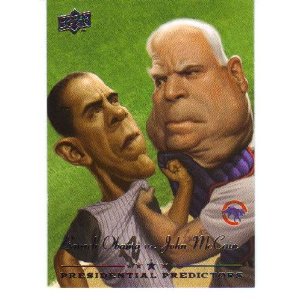 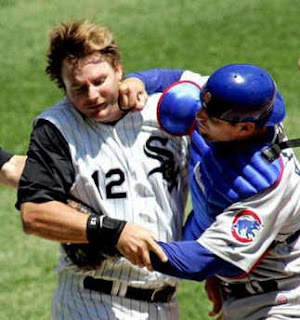 more John McCain as he homers as Ted Williams.  Both war heroes, so the comparison fits.  But no way Ted ever smiled.  Not ever! 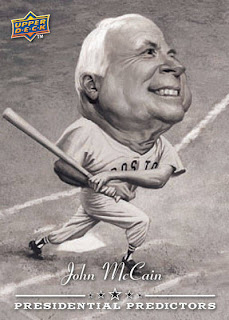 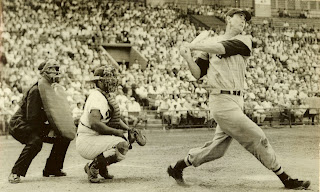 Rudy Guiliani is Jeffery Maier, snatching a home run away from Baltimore's Tony Tarrasco.  That one is pretty funny and you know Rudy would have done it had he been in his place.  Classic! 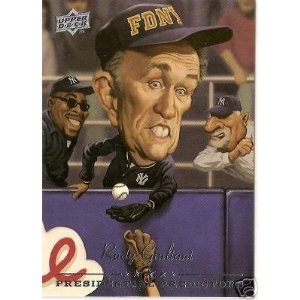 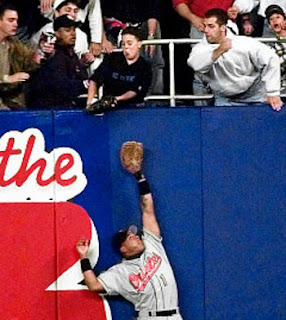 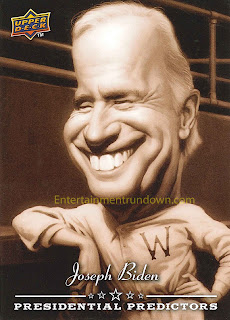 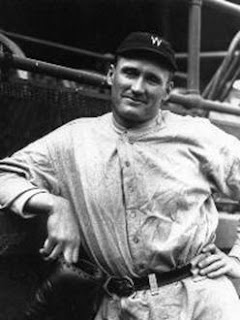 ********************************************
Romney and Dodger ties:  The candiates son, Tagg Romney, actually was on the Dodger payroll as  the Chief Marketing Officer (2005-07), where he managed TV and radio broadcasts, advertising and in-game entertainment at Dodger Stadium.  He left in '07 to work on his father's presidential campaign.  I have a sneaking suspicion that Romney's Massachusetts background led him to knowing the McCourts, which probably had something to do with his landing the Dodger job.  I have no proof of this, and it is mere speculation on my part.  Romney now works for a law firm in Dallas, TX.
*********************************
Wow, Joe Torre and his huge ego mean business.  With his recent resignation from his position with Major League Baseball, I have to believe that Joe is a serious player and thinks he has a good shot at winning out in the bidding process for the Dodgers.  I'll write more on this tomorrow.  I have never concealed my dislike for Joe Torre, mainly because I always  seemed to see him as being more concerned with his image than the good of the team, but maybe his entry into the bidding process isn't so bad.
**********************************
One more Presidential Upper Deck Card.  This one spoofs the 2000 election between Bush and Gore.  George W. is Chuck Knoblauch, making the phantom tag on Al Gore, the Red Sox's Jose Offerman.  This parody is a from the '99 American League Championship Series, Game 4, in which the Yankees won.  This controversial call really wasn't the cause of Boston's loss.  They gave up 6 runs in the top of the 9th to the Yanks to lose 9-2.
Note that the umpire is calling Gore out, while Bush obviously misses the tag.  Upper Deck's spoof of the 2000 election in which Bush won the election but lost in the popular vote count. 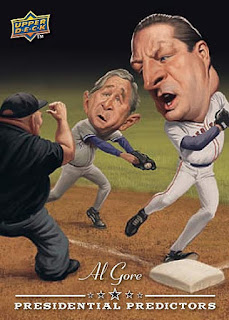 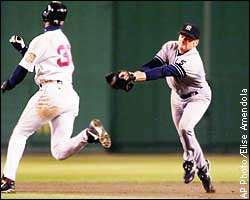