Music Connections with Jackie and the Greatest Idea I Ever Had Singer Carly Simon, the daughter of Richard Simon, co founder of the publishing house Simon and Schuster, had an interesting childhood growing up in Connecticut.  Her parents were well acquainted with many famous intellectuals, celebrity artists, musicians and also athletes.  Their children were exposed to such great dinner guests as as Gershwin, Einstein, Richard Rogers and Jackie Robinson and his family.
The a capella version, at a slow tempo, is an interesting touch.  It makes the tune more solemn and emotional.  I think it's a great rendition and I especially enjoy the tacked piano sound that gives it an old ragtime nostalgic feel at the finish.  I remember as a child, tacking our piano at home to get that Scott Joplinish ragtime sound.
Simon wrote the forward notes to the book, Baseball’s Greatest Hit: The Story of Take Me Out to the Ballgame, by Andy Strasberg, Bob Thompson and Tim Wiles in 2008.   Here is a portion of what she wrote which recalls her interesting revelations of being a child visiting in the Brooklyn dugout:
“I remember when Jackie Robinson came to New York and started stealing off the best pitchers in the league - I was ten years old and had the immense fortune of living with the Robinson family in the summer of ’55.  They came and stayed with us at our home in Stamford, Connecticut, while they were constructing their own, down the road and around some green corners.
That summer I would drive to Ebbets Field with Jackie and his family and mine, and sit and wait in the dugout for the game to begin.  Nothing has been quite as thrilling since.
The Brooklyn Dodgers made me a special little uniform, and I would sit proudly in the dugout for many of their games, sometimes on Pee Wee Reese’s lap, sometimes just trying to get out of the way, especially during the rhubarbs, which always made me tingle.  I still don’t know why arguments with the umpires were called “rhubarbs,” but they made the blood pressure soar-and there was more gum and tobacco reached for and more of it chewed and at a faster pace than during the peaceful plays when the umpires’ calls agreed with the perceptions of the pitchers and the coaches.  But when the rhubarbs broke out, it brought me into a new consciousness, like anticipating a punch.  There was an energy from blood being drawn to muscles, and it drew more punctuated lines between teams.  It was the pure essence of battle.”
Andy Strasberg, Bob Thompson, and Tim Wiles, Baseball’s Greatest Hit: The Story of Take Me Out to the Ball Game (New York: Hal Leonard Books, 2008)
In a 2007 interview, Ms. Simon was asked about he connections to the Dodger and Jackie’s family Below is a portion of the transcript:
(Link: http://www.thebillmillershow.com/pages/articles/carly-simon.php )
Excerpt from Carly Simon interview with Bill Miller, January 29, 2007
Bill Miller:  Let’s talk about the Brooklyn Dodgers. That had to tear you up when they moved those guys to the West Coast.
Carly Simon:  That’s when I lost interest in baseball and started at a premature age to be interested in boys because I had to put my energy somewhere.
Miller:  I read that you compared yourself to Pee Wee Reese.
Simon:  I don’t think I compared myself to him. I used to sit on his lap.
Miller:  The quote was, “A shortstop is not quite in the infield and not quite in the outfield, and that’s me.”
Simon:  You know what? That sounds right. When I was eight, I was the Dodgers’ mascot because I went to the stadium so often. They made me a little baseball suit, and I got to sit in the dugout, and that’s when I sat on Pee Wee’s lap.
Jackie Robinson and his family lived with us during the summer of 1955, and I would drive to Ebbets Field with Jackie and very often my father and mother for the home games. Sometimes Rachel, Jackie’s wife and their children, Jackie Jr., David and Sharon came with us.
Miller:  Do you still have your little Dodger’s baseball suit?
Simon:  No, I don’t know what happened to it.
************************************* 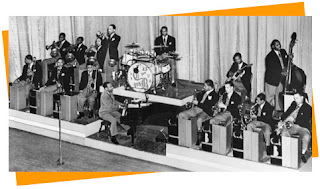 Speaking of music and Jackie Robinson.  I highly recommend the Woodrow Buddy Johnson written and Count Basie hit:  “Did You See Jackie Robinson Hit That Ball.”  If you’ve heard it before, listen to it again.  It is epic.  An amazing recording from 1949, Jackie’s MVP season.  I dare you to listen to this without tapping your feet.  It is absolutely impossible.

Also it should be noted that in 1994, also for the Ken Burns “Baseball” project, Natalie Cole re-recorded the same tune and it is as swingin’ as the original.  I just bought it on i-Tunes and love it. 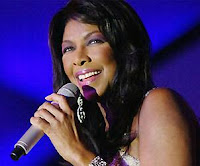 Okay, now here is my recommendation to the Dodger organization.  Get rid of that 8th inning, Giant fan written/performed “Don’t Stop Believing” and replace it with this song.  It’ll get Chavez Ravine truly swinging.  You’ll have your lip sincing that can be done by fans.  You can replace air guitar players with air sax players, air trumpet players and there is even a decent drum segueway for air drummers.  I can see Deuce performing it now! Plus it is only two and a half minutes, a perfect fit between innings .
They can even switch it up and have Count Basie’s version one night and then Natalie’s the next.  Sorry, but I think this may be the best idea that I’ve ever had in my life.
Anyway, I’d really like your thoughts on this.  This is a Dodger themed tune of our most historical figure, with L.A. ties, and it’s as hip as all get out.   I don’t care that the tune is 62 years old.  Whataya say?
Posted by Evan Bladh at 1:27:00 PM