The Dodgers by the Numbers and Other Additional Notes

Today was a numbers day.

It was the Dodgers 74th win.  Closed out by NUMBER 74 himself. 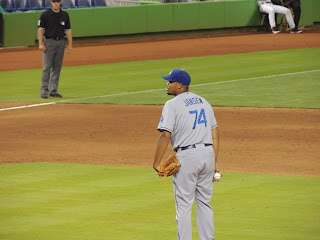 It was a day when the Dodgers went from Mike Piazza 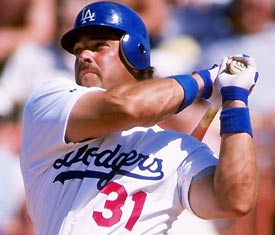 and then when Cincinnati beat the Diamondbacks a few minutes later,  to Tim Wallach. 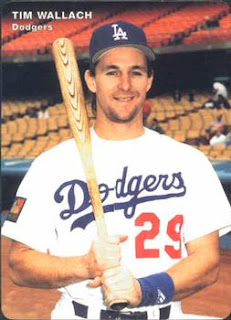 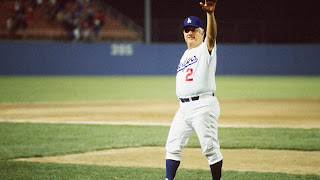 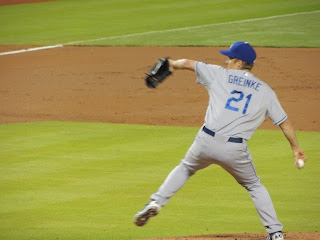 of August and Greinke was on his game, putting up Brian Wilson's 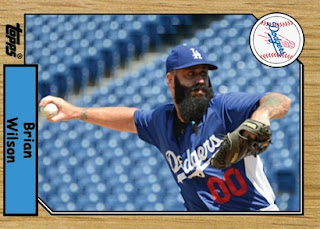 for his final seven innings of work.

Okay, that was kind of dumb, so I won't prolong it.   There were more interesting photographs that I took at today's game. 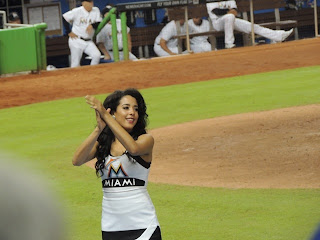 Aside from all the Dodger wins, there's something about these Marlins games I'm liking. 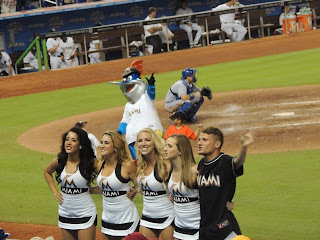 With Greinke's 12th win on the season, the Dodgers now have their top three starters at 12 wins a piece, making it realistic that they can each finish with 17 or 18 wins.  Throw in a very effective Ricky Nolasco and the Dodgers starting four has the potential to go far in post season.  I know it's early, but is there really a need to place Chris Capuano on the playoff roster?  That will be a debate for another day, but I find it hard to legitimize his addition to the 25 man squad in post season play.

The Dodger lead in the division extended to 8.5 games with 36 to play.  As much as Diamondbacks fans would love to be in the running during the September N.L. West stretch drive, it's looking more and more that the final series' against division foes will be anti-climactic.  Arizona will soon be aiming for the wildcard slot, which is going to be tough to come by because after tomorrow they will have no head to head match ups with Cincinnati, St. Louis or Pittsburgh remaining.  Interestingly, they may have to become Dodger fans in September when the Dodgers travel to Cincinnati on September 6th, 7th and 8th.  If the Dodgers find themselves with a double digit lead by then, it'll be in the D-Backs best interest for the Dodgers to sweep the Reds and increase Arizona's chances against the Reds for the final WC spot.

As much as many will say it is taboo to talk post season play already, the Dodgers remaining schedule looks very favorable towards an early clinching.  Following the Dodgers series at home with Boston this weekend, the only teams over .500 that they will face in the final 32 games will be the D-Backs for six and Cincinnati for three.