My Case For Carlos Lee

We’ve heard it all:  "Carlos Lee is over the hill.   Carlos Lee down’t want to be a Dodger.  Carlos Lee has 5 home runs total and zero hit outside of Houston this year. Enough said.  Move on.   He’s not a match.  This ball club can’t hit and adding another guy that is having trouble putting the ball in play is not the answer to this Dodger team quickly dropping into the second division." 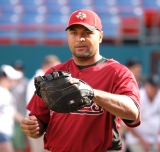 “El Caballo” is now “El Kabong.”   He hasn’t been considered to be included in an All Star game for five years now.


That’s how I was looking at this potential trade as I started this post, but I think I’m coming around.  Two weeks of inept offensive production does that I guess. 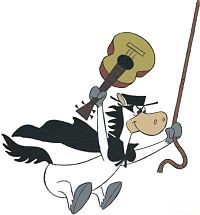 Let’s look at this potential acquisition from another angle.
First concern: Lee’s defense at first base.
You’d think that with his size and age, that Carlos Lee will be a defensive liability at the first base bag.  His stats don’t tell that story.  They actually tell us that he’s playing pretty decently there.  According to baseball-reference.com, Lee’s range factor at first leads the National League at 9.56.  He has three errors on the season and a .995 fielding percentage.  Yes, it’s a small sample size over only 3-4 months of his career, but there obviously is no drop in his defensive ability due to age.
Next concern: Lee’s offensive output deterioration.
Currently he has a .285 BA, .337 OBP and .742 OPS.  Not fantastic numbers, but not awful either.  These stats are close to his career numbers (.286 BA and .339 OBP) but his OPS have fallen by about 80 points.  A few homers and a good week could change all of that.  So in reality, we know what to expect from Lee.  If he rebounds with the change of scenery, we are looking at probably 12-15 homers, 40 RBIs and .800 OPS the rest of the way.  With Kemp and Ethier in the lineup batting around him, I see that as doable and that would give the Dodgers a respectable three-some in the middle of the order. Last concern: Lee doesn’t want to be here.  He’s more concerned with his home near Houston and his cattle ranch.
There is some truth to that evidenced by Lee’s indecision on the trade, and who wants a guy that doesn’t want to be here?  But lets look at it this way.  This is a three month rental in exchange for Garret Gould.  Lee’s 6 year contract with Houston expires when the 2012 season ends.  If he performs and does so in a national stage in a pennant race with the Dodgers, Lee will be able to bolster his chances at landing one final contract for next year and maybe beyond that.  Probably with an AL team where the DH will be his future as he ages.  If Lee is properly examining this entire situation with his agent (something that they surely are doing with Scott Boras), he must realize that this is an opportunity for him to shine and show MLB that he’s still a legitimate star.
So that’s my position.  I say sign Carlos Lee.  Yes, he’ll bang into some double plays.  So does James Loney, so what’s the difference?  There isn’t much to lose with this deal.  The farm system has a surplus of right handed starters, so as much as Gould is a fine prospect, we can’t expect to give up nothing.
I’ve changed my tune.  Carlos Lee as  a Dodger will bring some positives to this floundering team.
Posted by Evan Bladh at 9:24:00 AM