An Optimistic Look at The Hanley Ramirez Acquisition 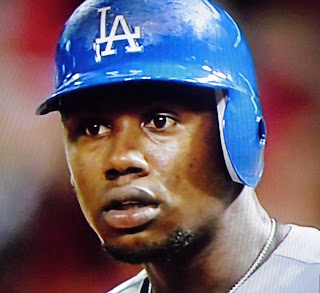 The Hanley Ramirez deal will undoubtably be a trade that will be discussed for years.  It’s the type of deal that can make or break this ball club.  It has the potential to turn the Dodgers into a World Series contender.  It could also potentially send the club spiraling into second division status.  I choose to believe the optimistic option. The success of this trade depends on a number of things:
First, which Hanley Ramirez will show up?  Is it the slower deteriorating Hanley of 2011-12 or the MVP candidate from 2008-10?  Ramirez is a difficult player to gauge.  There have been issues the past couple of years with regard to his attitude and overall hustle.  It's the same type of baggage that Manny Ramirez brought to the Dodgers from Boston in 2008.  If we get the 2008-10 Hanley, there will be no stopping this club.  The possibility of Hanley Ramirez simply taking off offensively is there.  There are those in Miami that are convinced that he simply was struggling in the new Miami ballpark and that it had simply gotten into his head that he couldn’t hit there.  He doesn’t have that issue in Los Angeles, which leads me to my second point...
Second, will Ramirez continue his torrid hitting at Chavez Ravine?  He has a .388 lifetime batting average and .468 on base percentage in 79 plate appearances at Los Angeles.  Yes, it's not a large sample size, but it isn't miniscule either. Let’s hope that he continues to hit well in his new home park.  The infusion of Ramirez into the Dodger lineup may be the lightning rod they need to catapult them into first place.
Third, Matt Kemp needs to really take on the leadership role that is his and help Ramirez return to the prominent player that he used to be.  This was discussed at length by Ron Cervenka at Think Blue LA.com today. (LINKED HERE).   I couldn't agree more with his assessment.  It is amazing what encouragement and words of confidence can do to a tempermental player like Ramirez.  Things started out well in this department tonight in St. Louis.   Following Ramirez’s debut triple and return to the dugout after plating a run on a scoring fly ball, Kemp led the dugout celebrations with chants of “Hanleywood! Hanleywood!” as he received high fives with his new teammates.  It is this sort of leadership role that Kemp needs to take on.  So far, this is very encouraging.


Fourth, Dodger fans need to embrace Hanley with the same fervor that they received Manny Ramirez when he arrived.  I have little doubt he will do so.  If Ramirez leads the Dodgers to a sweep of the Giants in San Francisco, he will be received as a King in Los Angeles.  Hanley Ramirez has never experienced a rabid fan base, the type of home field advantage that a true fan base gives a team.  Miami was lucky to draw 20,000 fans every night.  The Dodger Stadium faithful will be able to show Ramirez what it is like to have a “10th man” in the stands.  For an emotional guy like Ramirez, this may be the catalyst that can rejuvenate his career.
Fifth, the domino effect of having three tough hitters in the middle of the lineup will bolster the Dodger offense immeasurably.  Kemp, Ethier and Ramirez hitting back to back to back makes the lineup the toughest offensive threesome in the NL West.  It’s tough to pitch around three good hitters in the lineup.  We saw it tonight in the 6th inning.  Mark Ellis led off with a double and Kemp and Ethier made out.  Hanley didn’t though, driving in Ellis with an RBI single up the middle.  Three tough outs in the middle of the lineup will pay dividends.
Sixth, the Dodgers will benefit immeasurably now by having an above average bat playing third base.  The third base position has been an offensive black hole.  Even a below average bat would help.  Having a stud in that slot will add 6 or 7 wins to this team, a difference between 1st and 2nd place in my opinion.  I truly believe that this acquisition has given the Dodgers the N.L. West and possibly the pennant.
Losing Eovaldi isn’t something I wanted, but Hanley Ramirez is a once in a lifetime type player.  You have to give up quality to get quality.  I can live with losing a 23 year old starter with tremendous upside for a guy that is superstar potential.  Eovaldi may be a star one day, and I hope that he succeeds, but the Ramirez acquisition isn’t a rental and his presence can make this team a pennant winner for years to come.
The 2012 season has really become fun again.  I wasn’t planning on heading out to SBC Park to see the Dodgers take on the Giants this weekend, but I believe my plans will have to change now.
Bring on Hanleywood!