Now that a consecutive game streak of 399 games for Matt Kemp has ended, he can get on to the business at hand...healing. 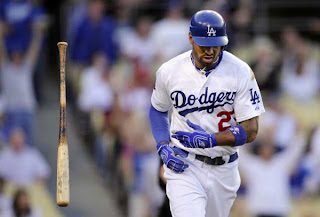 Hamstrings are funny in that way.  They scream for rest to heal properly.  Playing gingerly on them seldom results in good things, and we've all seen that a Matt Kemp playing at half speed is not gonna happen.  Instincts kick in and he eventually pushes the envelope.
That’s what developed on Sunday on that ground ball to Tulowitski.  For a split second, Matt kicked his effort up a notch to beat that ground ball out.    His competitive juices got the best of him and he picked up the speed.  Tried to do a little too much and “pow” the hammy bit him.
Now that Matt’s consecutive game streak falls short about 18 years of Cal Ripken he can get over the “heartbreak” and heal up.  This marathon of a season is only about 22% over and Kemp is going to be needed for a kick in the final stages.
The amazing thing about this club is that they continue winning, even without their major offensive force in the lineup.  Will it keep up?  I certainly hope so.  Steady starting pitching, a respectable defense that is making plays and the occasional clutch hit, combined with an uncanny ability to win at home has resulted in the best record in Major League Baseball.  It also helps that a player like Andre Ethier is hitting ..462 on the homestand and A.J. Ellis, now batting 5th has an OBP also at .462 on the season. 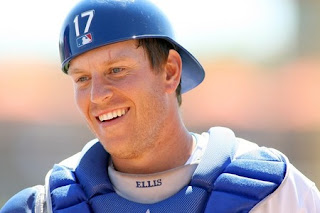