The Garvey/Hershiser Group, a Few Details

Yes, we all know that the team isn't up for sale, but the fact that the Garvey/Hershiser group apparently lined up investors for a potential sports franchise purchase, we've got to believe that they are setting themselves up for the possibility of the McCourts being forced to sell the club.
I realize that the ownership mess has thrown us in a tissy and as a result, made us all eager to get a new owner.  Almost anyone would suffice as a replacement as long as they have no ties to the McCourts.  But Steve Garvey?  Are you kidding me? Steve Garvey?   I remembered his financial troubles and wondered how anyone could take him seriously. 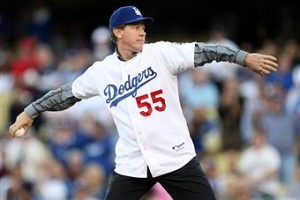 Mr. Garvey was was exposed as little as 5 years ago as a self admitted financial mess buried in tax debt, failing to pay creditor after creditor, and hiding money in his wife’s name to avoid child support obligations.  His name surfaces for name value only because he isn’t worth two cents as a financial model for the purchase of a major sports franchise.
Take a look at this April 6, 2006 article on Garvey from the Los Angeles Times if you have forgotten about the Garvey financial woes:
Click here for APRIL 9, 2006 L.A. Times article
So obviously Hershiser and Garvey are part of the group for the name value.  They are historical Dodgers and carry the legacy forward.  Neither one could be worth more than $10-15 million at most.  So who has the financial muscle behind the Garvey/Hershiser group?  None other than Ron Burkle apparently.  Additionally there is financier Alex Gores and developer Alan Casden.  So what do we know about Burkle, Casden and Gores?
Ron Burkle 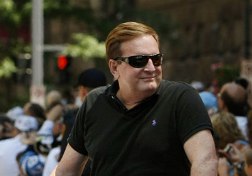 Burkle, listed is listed on the Forbes 400 as having a net worth of $3.2 billion.  As a teenager he started from the ground up, bagging groceries at one his father’s supermarkets.  Now a self-made billionaire, Burkle has dabbled in sports ownership before as the man that put up the cash to help Mario Lemieux buy the Pittsburgh Penguins.  He is known to stay out of the management portion of the business and very few in Pittsburgh would recognize him in a crowd.
It is interesting that his name is linked to Garvey, who has made no secret of his Republican party political affiliation.  Burkle is known as a large Democratic party political donor and is very close to both Hillary and Bill Clinton.
A savvy businessman that started by acquiring grocery stores.  He dropped out of college at Cal Poly and started investing.  He formed Yucaipa Companies and before long was arranging mergers and acquisitions in the billions of dollars.  Known for dealing with Unions and workers on a one-to-one basis, Burkle is unlike many of his billionaire counterparts that go to battle with them.
As majority owner of the Penguins, he lets Mario run the show and is even reluctant to be involved in Championship celebrations.  Burkle financed the construction of a new arena and the value of the Penguin franchise has more than doubled since his purchase in 1997 (from $110 million to and estimated $220 million).
This excerpt from a May 16, 2010 Pittsburgh Post Gazette Article written by Mark Belko, says a lot about Burkle’s willingnesst to win at all costs with his sports management style:
“Mr. Burkle routinely stays in touch with Mr. Lemieux and is involved in the team's major business decisions. He usually will attend quarterly board meetings or participate by phone. Despite financial risks, he urged team executives in 2008 to spend to the salary cap ahead of their own five-year plan, if it gave the franchise a shot at the Stanley Cup.”


Source: http://www.post-gazette.com/pg/10136/1058553-28.stm
Not immune to controversy, Burkle has been linked to some negative publicity about his personal life that tied him to Paris Hilton and a sex scandal, something that his representatives deny.  As a businessman Burkle has had relationships and deals with political figures that are controversial to a politician such as Hillary Clinton, which forced the Clintons to distance themselves from Burkle due to his dealings in China and Dubai.
So there is good and bad with a magnate such as Ron Burkle.  What I like is the man has Socal ties, his history of ownership and being willing to invest to win.  He grew up a Dodger fan and he understands the legacy of the organization, thus his partnership with Garvey and Hershiser.  I don’t trust him tossing the reigns to Steve Garvey, but as long as Garv isn’t financing the deal, perhaps this isn’t a disaster in the making.
Alan Casden 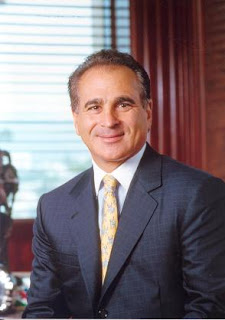 Sixty-six year old Casden has made his fortune building apartment buildings.  Starting in the industry as an accountant with a firm representing several major real estate developers, Casden eventually got into the purchasing side of the real estate game and formed his own real estate firm.
Eventually Casden’s firm became a major player in the real estate market and build award winning rental units for families.  His business now focuses on residential condominium development and retail purchases.
A major philanthopist in the Los Angeles area, Casden is known to give to many respected Jewish causes, including the Simon Weisenthal Center,  He was selected to the National Commission on the United States Holocaust Museum in Washington D.C., a Presidential appointment by George W. Bush.
Listed in 2006 by Forbes magazine as having a net worth of $1.3 billion, Casden, a Beverly Hills resident, has no history of Sports Team ownership but is reported to have attempted to get in the mix to buy the Dodgers before McCourt landed the team.
Alec Gores 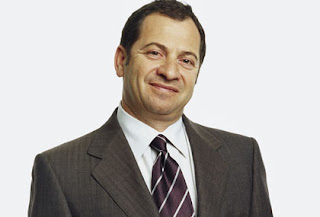 Fifty-eight year old Gores is also a Beverly Hills resident and another self-made billionaire is listed in 2008 by Forbes of being worth $1.5 billion.  He obtained his wealth through leveraged buyouts of technology firms. Gores brother, Tom, purchased the Detroit Pistons this year.
Born in Nazareth, Israel, Gores immigrated to the U.S. with his family at the age of 15, arriving in Flint, Michigan. He worked himself to the bone, paid his way through school at  Western Michigan University and started selling software and hardware to small and midsize companies. Soon he was involved in purchasing undervalued, underperforming companies, improving them and selling them for profit.  With over 80 purchases of companies since 1987, Gores has delved into areas of industry that include health care, telecommunications, technology and industrial equipment.
Alec’s younger brother, Tom, worked for him for a few seasons before branching out on his own and achieving even greater success.
Posted by Evan Bladh at 7:03:00 PM