Dodgers Go For Series Win in Pittsburgh, a Bridge to a Successful Season? 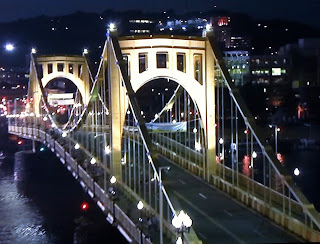 Hiroki Kuroda looked good today.  I think we’re always going to be nervous around the 7th inning each game as Mattingly starts getting the relievers up.  The Dodger bullpen will have to turn things around if the Dodgers are going to contend.  I think it’s possible.
Jansen will pitch better, Padilla is doing well thus far.  When Broxton comes back, he can’t do any worse.  Perhaps Elbert will perform this call up.  He definitely has something to prove.  Guerrier has done well, McDougal too.  I think the bullpen has the potential to turn it around.
Over at ESPN Jon Weisman wrote today at Dodgerthoughts.com that this club reminds him of the ’92 Dodger club that lost 99 games.  I see things a bit differently.  They’re only 3 games out following today’s shutout victory.  They could easily have been  buried by now.   I just think that this trend of negativity can’t continue.  The odds are against it.  Take a look at all that has gone wrong so far:
Blake catching the flesh eating virus
Furcal breaking his thumb
Loney forgetting how to hit
Padilla being out for the start of the season
Broxton’s issues
Kuo’s issues
The bullpen with the highest ERA in the league
Jansen going through sophomore slump
The left field woes
Lilly’s ineffectiveness
Uribe’s season long slump
The ownership distraction and the few fans showing up
With all those negative issues, there is bound to eventually be some good news with this club.  In the course of 162 games, some things will turn for the Dodgers positively.  The two wins in Pittsburgh give me some hope.  now if they can wrap up the series with a win tomorrow, perhaps the Dodgers can get a little streak going and hang tough in the division.
Yes, a lot of things have to go right for them to win it, but I don’t see that out of the realm of possibility.
***************************************************
Interesting that Hong Chih Kuo goes on the D.L. with an anxiety disorder problem and is replaced by Scott Elbert, who left the club last season on an undisclosed issue, that was related to stress.  To this day, Elbert’s problem has not been disclosed publicly.
*************************************************** 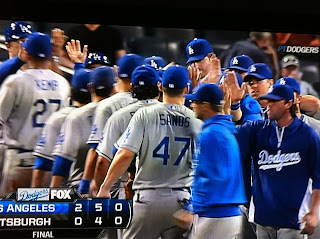 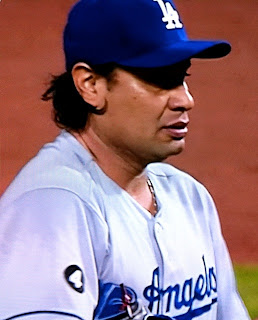 Vicente Padilla looks mighty comfortable in his new role as closer.  His arsenal of pitches makes him a unique weapon in the ninth inning.  I like what I see.  I found it interesting that he has said he won't throw the soap bubble in the relief role.  So far, so good.  He looks like he has the right demeanor for that role.
Posted by Evan Bladh at 7:26:00 PM