Three out of Four, Not a Bad Start Considering...

As the Dodgers just completed taking 3 out of 4 from the Giants, one thing about the San Francisco club really stood out.  They have some serious issues with their defense.  Thanks to Audrey Huff misplaying two fly balls, the Dodgers scored six runs tonight, (two in the 1st and four in the 7th).  As Dodger fans, we can all hope that Sabean and Bochy decide to continue going with their present defensive alignment.  They have serious issues in the outfield corners and additionally at shortsop and third base.  Until Cody Ross returns, San Francisco fans will be crossing their fingers every time a fly ball is hit to right or left field.  Additionally with the lack of range from both Burrell and Huff, it’ll be a good idea for Andres Torres to wear track shoes to cover all that acreage at AT&T Park. 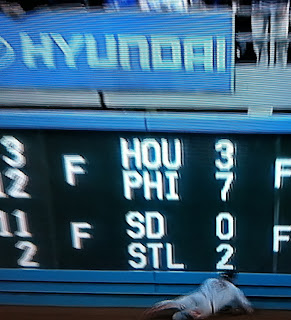 It was nice to start the season 3-1.  However, I see some concerns with the Dodger club.
First, Marcus Thames is about as effective defensively as the Giant corner outfielders.  He has misplayed three or four balls already.
Second, though some like the aggressiveness of the hitters, I’m not a fan of all the first pitch swinging.  In one game, Ethier saw three pitches on three straight at-bats, with the latter at bats being in situations where it would have been a good idea to work the count against a tiring Giant starting pitcher.
Third, Hong-Chih Kuo is having trouble finding the plate.  Hopefully that is just early season issues as his spring training was very limited. 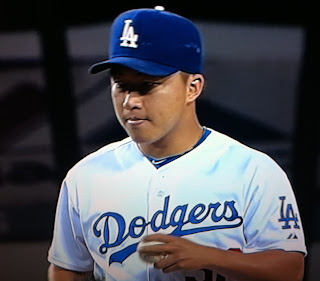 Fourth, Rod Barajas might want to shorten up his swing and stop swinging for the fences every at bat.  I'm hoping that we return to see the Barajas that tore the cover off the ball at the end of last season.  He may be pressing too much.
Fifth, Rafael Furcal looks a bit slower this year.  I’m not seeing a precipitous drop off in speed, just a noticeable difference.  Something that is probably attributed to his age.
Sixth, It looks like Mattingly is using the same mindset as Torre when it comes to giving some starters a day off.  Like Torre, he gives them all days off on the same day.  That Saturday lineup was pretty bad.  Miles leading off?  Two starters that have yet to have a hit in the Major Leagues facing Matt Cain.  We all cringed when we saw that announced lineup before the game.
Seventh, Jon Broxton.  Three saves so far but still giving up the long ball.  Tonight’s was off a slider to Rowand, Thursday’s on a fastball to Burrell.  Eventually were going to get burned.  He was pitching defensively tonight, even with a three run lead. 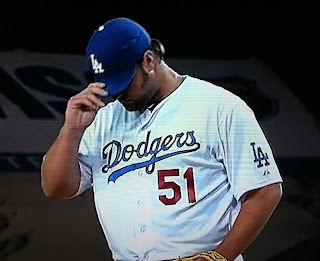