Hector
Hector is a rational and reasonable guy.  He's probably one of my best friends at work.  He is also a big Giants fan who one day last year went in and defaced my office while I was away by hanging "Beat LA" towels on my wall.
I would say it is accurate to consider Hectors office a San Francisco Giants Bobblehead museum.  He has bobbleheads of players from Aardsma to Zito.  He's got Mays, McCovey, Marichal, Cepeda, Brian Wilson, Lincecum, Cain, the Crazy Crab...you name it, if it's in orange and black, he's got the bobblehead.
So anyway, I decided to add an addition to his office a few weeks ago.  It's right in the center of his bobblehead display.

Unfortunately I needed to move fast, so I had no time to remove all his bobbleheads, which was my original plan, but since he defaced my Dodger decorated office about a year ago, I swear to one day get complete vengeance and replace all his Giant stuff with some of my memorabilia from my office (below). 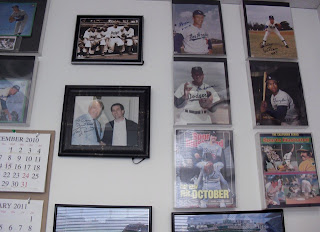 Troy
No this isn’t about Troy from West Virginia, though I do have a certain fascination with Troy from WV’s exploits, (love the you tube songs buddy).  I’m talking about Troy, the guy renting the room from me.  My boarder.  Troy, my co-worker, one of the most interesting dudes that I’ve ever met.  Troy, the spitting image of actor, Michael Chicklas.  Take a look at the pictures and you be the judge. 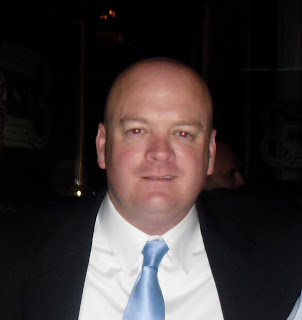 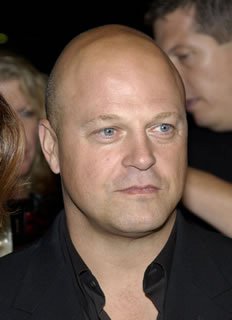 Chicklas
Troy is without a doubt, the biggest New Orleans Saints fan in the history of the planet.  And I know he’s hurting this week.  I mean, he lives for his Saints, and a part of him just died for about 8 months now.  I sat with him watching Saturday’ Saints-Seahawks game, and it was tough.  The man was in absolute misery.  I know he held back from destroying my den.  Because he probably wanted to reek havoc on it.  He later said on his Facebook wall, “I just lit my arm on fire, and stuck my head in a nest full of Yellow Jackets and it was less painful than watching that game!!!”
Last season I was really happy for him, because he has suffered a lot of years with his Saints and finally his dream came true and his Saints were champions.  Though he lives here in the No. Calif., Troy travelled back to the Bayou State to watch the NFC Championship and the Super Bowl amongst the revelers in New Orleans.  In the photos you can see him whooping it up with his brother just following the Super Bowl victory. 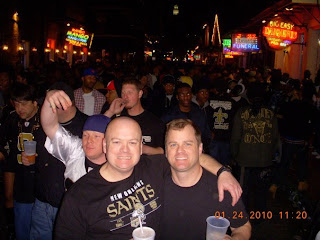 Troy is just the most rabid, knowledgeable football fan that I have ever met.  He knows every coverage, play, league rule, coaching staffs, entire rosters, backgrounds of the thugs on each squad including criminal histories.  It is absolutely amazing how much Saints knowledge his brain has absorbed.  Yes, I dare say it, definitely more Saints knowledge than I have Dodger knowledge. 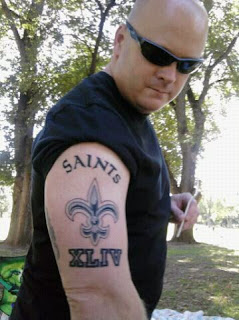 Troy has this peculiar habit.  A habit not unique to just him, but one that I believe many sports fans have.   That is talking to and often screaming at his television during a game.  Now I don’t say this to show that Troy has a screw loose and should be institutionalized.  I have yelled my share of comments at a televison screen while watching the Dodgers.    He just happens to scream at his television during Saints games (come to think of it...just about any game) from start to finish.   Sundays I can hear from the opposite side of the house yelling and then I’ll do a quick internet search and see what he is screaming about.
This past September, the Saints came to San Francisco to play the 49ers.  So Troy went and bought himself two front row, 50-yard line seats from a 49ers season ticket holder.  He shelled out over a grand for his seats.  Then he arranged a tail gate party with several of his New Orleanian friends that flew in for the game. 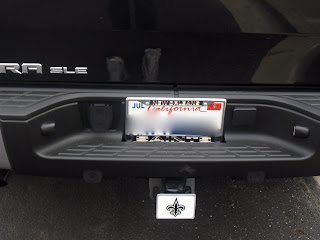 Troy has probably the most rad GMC Sierra pickup on the planet.  It is black, has tinted windows, leather, TV screen, seat warmers, pilot cabin seats.  Of course he has a Saints trailer hitch and Saints license plate frame.  I kid you not, he got some mechanic to install some type of cold air intake system that increased his horsepower on that thing to around 485.  He drives up my street and it sounds like a suped up corvette with no muffler driving by.  I think I got whiplash from the one time he showed me how fast his truck was and he punched it on the freeway and he went from 0 to 75 in about 4 seconds.  He installed a sound system in the truck that was successful at playing the Saints fight song (Black and Gold) to the entire Candlestick Park parking lot at about 250 decibels.  He then provided food and drinks for ANYONE passing by in Saints gear. 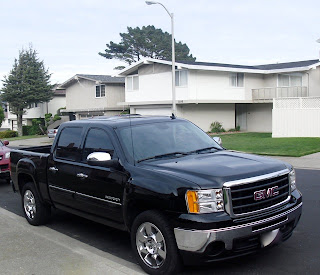 While at the game, he was within earshot of the Saint bench and he screamed to them how to beat the Niner defensive coverage schemes over and over.  And he was right too.  He predicted virtually every play in advance.   When a ref throws a flag, he’ll tell you in advance what the penalty called was, and 99% of the time he’s right.   The man has me convinced that he could easily work on an NFL coaching staff and contribute valuably. 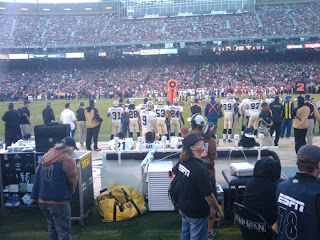 While in line buying concessions, some 49er fans started giving him a hard time for wearing his Saints hat.  They told him, “It doesn’t matter that you won a Super Bowl, you’re still the ‘Aints.’”  Troy, who has never been at a loss for words and is the king of comebacks didn’t miss a beat saying, “Yeah buddy, you’re right...but you know what we ‘aint got?  We ‘aint got a sucky quarterback like Alex Smith!”
So I started this blog and guess who was the first follower of it?  Yep, good ol’ Troy.  He’ll be quick to tell you that he follows football, baseball and then basketball.  For some crazy reason he likes the Mariners, but I'm working on him.   He hates the Giants, so that's a good start.   Maybe we'll take a road trip to Chavez Ravine this summer and I'll fully convert him over to the blue.
Posted by Evan Bladh at 10:48:00 PM