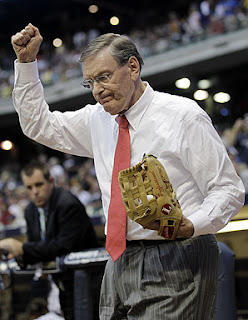 Dear Commissioner Selig,
Please Mr. Selig.  It’s time to do something and to invoke the “best interest of baseball” clause to protect Major League Baseball, the Los Angeles Dodgers and their fan base.  Force the McCourts to sell the Los Angeles Dodgers.  Your legal team needs to come forward and put an end to this ownership that never should have happened in the first place.
This is a franchise on the verge of financial collapse. And how can that be when they draw 3.5 million fans a year?  It is simple.  There is complete mismanagement by the present ownership.  I will present to you over a dozen points that serve as evidence that the present owners of the Los Angeles Dodgers are breaking laws, mismanaging funds, completing underhanded back-room deals, are out of money and living on credit, and have questionable mental faculties intact.  It is time to oust the McCourts as stewards of this baseball institution and historic franchise. 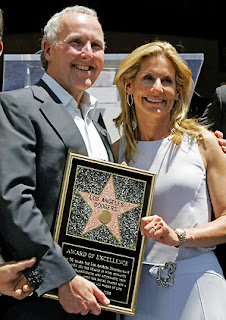 If I took the time, I could provide you more facts that the McCourts need to be gone, (i.e. stiffing Vero Beach, failure to pay taxes, etc...).You need to do your part to save this fan base from the mismanagement of this ownership.  Recent reports indicate that this divorce settlement will enter another phase of legal battles that will not even hit the court room until 2012. ( http://latimesblogs.latimes.com/dodgers/2011/01/the-dodger-divorce-and-the-philosophy-of-fear-i-know-im-scared.html ).  This really has to stop.  I am hopeful that you have a legal team in place that is ready for a battle.  I trust that MLB could oust McCourt and appoint a receiver to protect the fan base and Major League Baseball.  I'm sure MLB has a legal team that could easily prove  that these numerous moves made by McCourt has harmed the franchises value and MLB's reputation in general.
Please do your part and rid us of this destructive ownership.  Dodger fans would like to concentrate on baseball.
Sincerely,
Evan W. Bladh Sr.
http://opinionofkingmansperformance.blogspot.com
Posted by Evan Bladh at 10:58:00 AM