The Strange Turns and Coincidences in this Small World 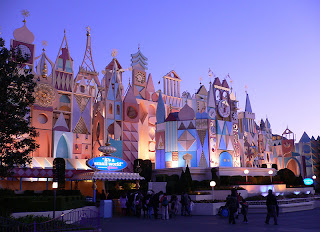 So for years I have followed certain blogs and posted on message boards.  But finally, with some encouragement from my wife, I started this thing up.  And in order to get a following, sometimes you need to nudge a person you admire.
I did that with Roberto Baly from “Vin Scully is my Home Boy.” 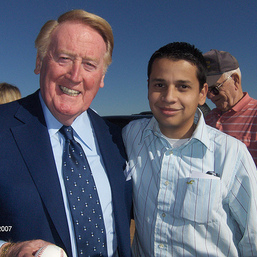 I have followed his fine blog for a while now and I really enjoy his humor, enthusiasm and perspective.  The man is truly awesome and I really enjoy his blog.  He’s also at the cutting edge, regularly breaking stories and providing references to other websites and blogs.
So I fired him off an email and invited him to look at my site.  Roberto is so awesome that he immediately read it and endorsed it.  Something he really didn’t have to do.  Much of my readership has come directly from Roberto’s short blurb and his listing of my blog on his site.
But here is the interesting thing.  After chatting with him via email, it turns out that our lives practically mirror each other.
Both our wives are from Nicaragua.  I have traveled there once and Roberto is planning to.
We both have connections to Argentina.  Roberto with family there and I having lived there.  He has direct ancestry from Turkey, and my maternal grandmother was born there.
Then it gets real odd.  He posts a story about a Baseball Academy being built in Nicaragua.  I comment on it and mention that my wife has a niece that works in the News industry down there, where she is a news anchor on Channel 2 in Managua. I mentioned that perhaps she could do a story on it.  He then mentions that his wife has a cousin that works in TV news there too. He checks...she’s at channel 2 also, hosting a talk show.  My wife talks to her niece and sure enough, her niece and Roberto’s wife’s cousin know each other well.
The cousin of Robert's wife: Berta Valle, Canal 2, Managua, Nicaragua
But here is where it gets real strange.  I had mentioned in a posting or my bio, (not sure where), that I had grown up in Hacienda Heights, CA.  Out of the blue, Roberto asks me if I went to Los Molinos Elementary School.  Well, uh, yes, for 6 years of my young life.  Its where I had Little League practice, where I lost my first tooth, had my first schoolyard fight with a bully, and dunked my first basket, (never mind that the hoop was only 8 ft high and I was 15 years old).  Turns out Roberto went there too.  I just burst out laughing.  My wife shook her head saying.  “You two have got to meet.”
One last note, something that I forgot to mention to Roberto.  Living in a house directly across the street from this school was (at the time) Montreal Expos Manager Gene Mauch.  In all the years living there, I never saw him once, but it wasn't for lack of trying.  A few of my buddies went trick or treating at his house one year and said he gave them a handful of snickers bars.  Man, was I jealous!


*Special thanks to Roberto Baly for granting me permission to post this story.  Don't forget to check out his blog at : www.vinscullyismyhomeboy.com
Posted by Evan Bladh at 8:03:00 PM