The WBC and It’s Impact on the Dodger Roster 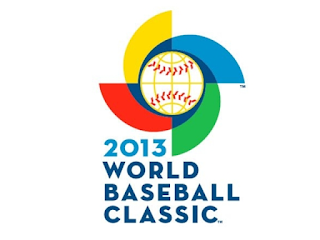 If the Dominican Republic, Venezuela, Mexico or Italy finish in the top two in it’s pool, the next round of games take place in Miami at Marlins Park between the top two teams of each Pool.  These games will run from March 12th to the16th.

With Ramirez slated to play either third base, (since Adrian Beltre dropped out) or DHing, he could possibly be away from the shortstop position for a full two and a half weeks.  This will be ample time for Dee Gordon to slide in and prove that he can do the job.

It’ll be a crucial time for Dee, who has yet to play solid defense for an extended period.  Clutch players take advantage of an opening, and if Gordon has any prayer at making the ball club, he MUST dominate play during that two week window.  Don Mattingly has already stated that Hanley will determine whether he is the starting shortstop, so he has to essentially play himself out of the position.  But  that possibility is real due to the fact that he won't be playing shortstop of a large time frame in the middle of Spring Training.  His absence does not really help his cause.  If Ramirez comes back from the WBC and starts kicking the ball around or throwing wildly, things could be very interesting.  I don't think the temperamental Ramirez will handle Dodger Stadium boos very well either.  This may be a recipe for disaster.  I hope I'm wrong.

With regard to non-roster invitee Alfredo Amezaga.  He has an outside shot at landing a utility infield spot with the departures of Punto, Ramirez and Cruz.  Amezaga is a crusty veteran and scrapper.  He recently starred for Mexico in the Caribbean Series, so his head is in the right place by foregoing the Mexico WBC roster in an effort to crack the Dodgers top 25.  He is my sleeper pick to make the team.

The important thing for the Dodgers is that all these guys return from the WBC in healthy condition.  Year after year we see the casualties of injury during spring training that impact the Dodger roster.  It'll be downright miraculous if the injury bug doesn't bite somewhere during these next 4-5 weeks.  Colletti has plenty of players waiting in the wings to fill roles in that event.  With the WBC added to the mix, the door opens up an inch or two wider for them.

On my way to Camelback Ranch for four days.  Couldn't get away from work any longer.  I hope it's a lot warmer there!