Piazza Assures His Place in Dodger History...He's a Met

I don’t get it.  What did Mike Piazza have to gain by blaming Vin Scully for his falling out with the Dodgers?  It sure wasn't potential book sales in Los Angeles.  I know I won't be buying that book now.  Piazza made a ridiculous accusation.  It's unbelievable that he really thinks the way he does.  Mike Piazza is guilty of one thing - He’s got a massive case of “rabbit ears.”

I watched Piazza return to Dodger Stadium as a Met where he received a Standing ovation in his first at bat.   I wrote about that event a year ago, LINKED HERE.   I then watched him homer in his second at bat that same day as he drilled a home run to left center.  Then the unthinkable happened.  The crowd stood and applauded.  Yes, they applauded an opposing player hit a home run against them.  It was a first time I had witnessed that and I don't believe I'll ever se it again.

Yet today, Piazza chooses to only remember the boo birds that serenaded him in his last days as a Dodger when he openly criticized the team and he was stinking up the joint for a good period of time as the season started.  It was a terrible time to be a Dodger fan.  The whole thing never should have happened, but there was a combustible emergence of several parties that screwed the whole thing up.  You had New Dodger ownership under Fox trying to make a splash into MLB.  You had Yankee fan Chase Carey of News Corp. undermining Dodger G.M. Fred Claire and making deals out from under him.  There was Tommy Lasorda in a ceremonial position that kept him away from the decision making of the day.  There was a coaching staff under Bill Russell in flux, as the Fox regime looked to put their own men in power. Then there was Mike, who won’t admit it today, but it was quite common knowledge that he wanted the first $100 million contract.  When Piazza was traded in ’98, he had become a distraction.   The deal was still terrible and it should have never happened, but there were no calm heads in place to peacefully resolve the situation. 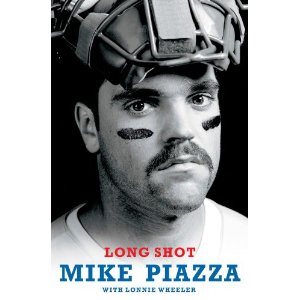 What never happened was Vin Scully talking about the situation or giving his opinion.  Did Piazza expect Scully to take his side and let the world know that over the air?  Perhaps Piazza believes that Scully could have done that, but that’s not Vin.  He announces with pure impartiality and to his credit, he never said anything disparaging towards either side in that situation.  I listened to Vin Scully call every game in 1998 and NEVER did he ever criticize Piazza during that turbulent time.  That’s not his demeanor.  That’s not in his character.  Vin Scully is about as fair as anyone you could find.  If I was on trial, I’d want Vin to be the jury foreman of my case.  The man is split down the middle and if he does have an opinion, he’s not going to make it public unless there is no doubt whatsoever that what he is saying is dead-on accurate.

We receive word today that the Dodgers asked Piazza to return and receive a bobblehead doll and he refused because he didn’t want to get booed.  Well, Mike.  I have news for you now.  You have assured the fact that you will be booed now whenever you decide to return to Dodger Stadium and it’s of your own doing.  Placing the blame on one of the most saintly of men breathing on this earth is about as dumb a move as removing wrestling from the Olympics.  Vin Scully is about as humble and honest as any person that’s in baseball.  He goes out of his way to not be judgmental in his broadcasts.  At times when Barry Bonds was his absolute worst, Scully never said anything negative about him, and it would have been so easy to do so.  During the worst days of the McCourt regime, Vin remained quiet on the subject.

Scully knows what is appropriate for his audience.  He exudes class.  And to this day, as reporters question him about that turbulent time in 1998 and the comments in Piazza's book, Scully is confused by them.  He told Bill Shaikin, "I have no idea where he's coming from...I can't imagine saying something about a player and his contract.  I just don't do that ever.  I'm really flabbergasted by that reference."

To read more on the Piazza fiasco, take a look at Bill Shaikin's LA TImes article that addressed the topic today.