So Steve Garvey is officially fired.  I guess we should have seen that one coming.  Why it took so long?  I'm not sure after Steve Dilbek's piece came out blasting Garvey in the Times.


Linked Here
Maybe Cey’s comments at the bloggers event made some in the Dodger front office take notice. 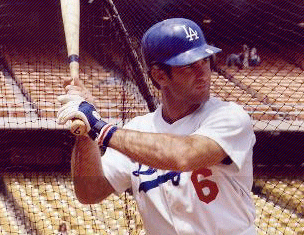 It really was odd that Garv didn’t resign his position with the Dodgers after making such a public stance of his desire to put together a group to purchase the club.  I must say though, IF and I seriously mean IF he does have Burkle, Casden and Gores as members of that group.  We are talking about a trio that has some serious financial muscle.  Their combined net worth by conservative estimates is roughly $5 billion, (all estimates from Forbes, Burkle at $3.2, Casden at $1.3 and Gores at $1.5).
See link below that addresses the Garvey/Hershiser Goup, my June 17th post


So I lost out on the Dodger Bobble contest for the Ethier bobblehead.  Man, I was ready and everything.  I knew I had it and then the twist, “no trivia question,” you were required to post a photo of any bobblehead doll on the wall of the Bobbles Galore Facebook page.  Now how do you do that quickly?  I snapped a quick photo of the Mattingley bobblehead with my iphone and spent the next few minutes trying to figure out how to send it to that Facebook page.  By the time I think I had it figured out...there were about 5 bobblehead photos already there. $%#%$$!!!

Very tricky Josh. I’ll win your contest one day though.
DodgerBobble.com is a fun blog.  Be sure to check it out. 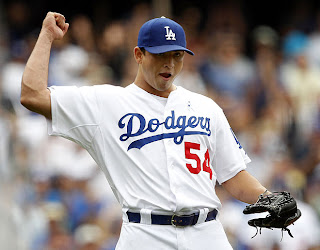 
I’m happy to see Ethier being added to the All-Star roster.  Why Shane Victorino didn’t just withdraw from voting consideration knowing he was doubtful for the Mid-Summer classic due to injury probably had to do more with dollars than his ego. 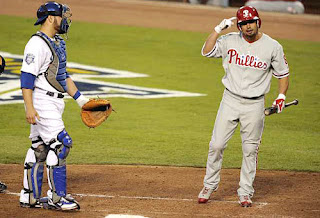 The Flying Hawaiin has an incentive clause in his contract that pays him bonus bucks for making the All-Star team, so of course, he didn’t withdraw from the election for the final player selection.  By being voted in by the Philadelphia voters, he made an additional $25,000.  Victorino also earns an additional $25,000 for winning the gold glove, Silver Slugger and if he is the LCS MVP.   He earns $50,000 if he’s the WS MVP.
*************************************************
The story out of Arlington Texas gets sadder and sadder as more details surface.  It is nice to see the Rangers come forward with financial assistance for the family of Shannon Stone, a caring father that was expressing concern for the 6 year old boy left in the stands while he was being carted away to the hospital in grave condition.
The Rangers have set up a Memorial Account in Mr. Stone's name.  Anyone wishing to donate may do so by clicking the link below.
Texas Rangers link to Shannon Stone Memorial fund
Posted by Evan Bladh at 11:20:00 PM