When commissioner Bug Selig announced that he was assigning a conservatorship to move in and monitor the operations of the Los Angeles Dodgers back on May, I immediately wrote that he needed to assign Tom Seidler, Walter O’Malley’s grandson, to take the position.  I cited his background and his bloodlines.  I mentioned his experience working in minor league operations from the ground up.  I felt that his legacy and concern for the Dodgers would stand out above anybody else that would be an outsider, and that his skills and more importantly, his heart, would care about the future of the franchise.
I wrote Tom Seidler and more or less begged him to take accept such a position.  He answered quickly.  That very same day in fact.  He politely thanked me and said that he wished the Dodgers well, but he wasn’t interested in the job.  After meeting him yesterday, I believe him.  Here is a man that truly loves his present position as majority owner of the California League, Visalia Rawhide.
“I really haven’t given it much thought,” he answered when asked if he’d ever like to eventually move up to the major league level.  “I am enjoying my time here and the chance I have to interact with this community.  This is a nice place to live.  One of the great hidden communities in California.”
Tom mentions the geographic location of Visalia, with a population of around 120,000.  Its a few miles away from a major highway, off of Highway 99 as you meander up the spine of California, about 40 miles south of Fresno.  “I’m working with the community, (he sits on the Board of Directors for the Visalia Chamber of Commerce), there is a lot of community support.   We get the players interacting with the businesses and with the local kids,” he says. 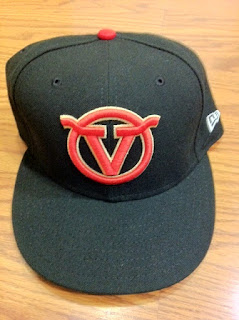 Tom tells me that the Visalia Rawhide is affordable family entertainment at its finest, a reminder of what the Dodgers were under the O’Malley ownership.   And guess what? Free parking.  I pulled up to the ballpark and simply locked my car and headed in.
When was it that Tom realized that baseball administration was the career path he wanted to pursue?  I figured that he would answer that it was early on in his life, being the prodigy of Dodger royalty, but that wasn’t the case.  “I had a job working the booth at the Dodger Stadium parking lot when I was in High School, but I really wasn’t thinking of getting into the baseball business,” said Seidler.  “During my Junior year of college I took an intern job with the Dodgers in Great Falls, Montana,” he continued.  “That first day, I remember starting at 9:00 am and not leaving the ball park until 11:00 pm, and this was May, a month before the season started.  Working ten to fifteen hour days are the norm in this job.  There were three of us managing the operations: the General Manager, the Office Manger and me (the intern).  It was a great experience and Great Falls is a fantastic, supportive community.”
So the minor league operations was in Tom’s blood at an early age.  Twenty-two years later, he is still working in it.  Has minor league baseball changed much?  “It is very similar today as it was in 1989 when I started at Great Falls,” he answers.  “The differences are for the better, being that the stadiums are newer and renovated, which brings in more fans.  The fields are in better shape, and the lighting is better.  The travel is the same with the buses but the hotels are an improvement and the meal money for the players is a little better.  But the game is the same.”
Tom’s staff isn’t made up of a trio of people like there were in Montana.  When I arrived for our scheduled 2:00 pm interview, I was greeted by three people in the ticket office and then I was introduced to his media staff and met his broadcaster/historian Donny Baarns.  (Baarns, by the way is a true up and comer in the broadcast business, I listened to his broadcast later that evening and he has a smooth eloquent delivery).  “We have fourteen working in the front office and two in facilities and groundskeeping, plus additional game day staff that help out,” says Tom.
Speaking of the facility.  Recreation Ballpark in Visalia is a cozy, comfortable park with all the amenities.  Seidler was able to work with the city to upgrade the stadium that seats 1,800 (with additional room for lawn seating), an air conditioned Hall of Fame club and bar, dugout seats, lawn berm seating, two grandstands, sky boxes, and the all important “Cold Zone” down the left field line that is made up of shaded seating with mist fans blowing throughout the game.
“They have been playing baseball in this stadium since 1946.  It is the smallest of the full season class A teams.”  Then Tom shows me the renovations. It is a great venue and has a little bit for every type of baseball fan.  “There is something for everyone here, with the kids, it’s the mascot and the fireworks.  A father may be interested in the player development and will compare a present day player with a Kirby Puckett or Vada Pinson (both Visalia farm products). We have the Hall of Fame Club up here that allows an adult to enjoy a glass of wine in an air conditioned environment.”   When Seidler bought the club, there were 60,000 fans crossing through the turnstiles  per season. “We’re on pace to draw almost double that, about 115,000.” 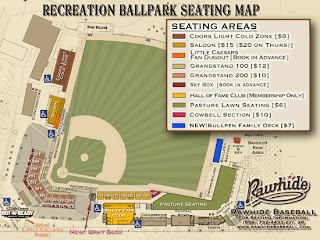