What a Difference Two Years Make 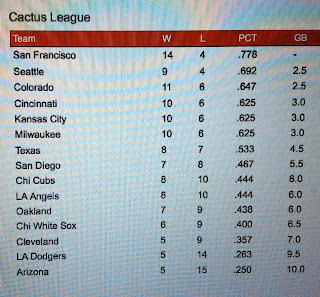 Two years ago I looked at the Dodger lineup and thought, “wow, this lineup is scary!”  (Furcal, O-Dog, Manny, Ethier, Loney, Kemp, Blake, Martin).  Now I look at it and think, “wow, this lineup is scary!” (Furcal, Blake, Ethier, Kemp, Uribe, Loney,Gibbons, Barajas).  Identical quotes, absolutely different meanings.
Today, the Dodgers enter Cactus League play with a 5-14 record.  Is it time to get nervous?
Here are a few reasons to be worried:

I’m thinking that the day will arrive once in my life that I can attend a show where Sandy is signing and I can pay a gazillion dollars to have him sign my jersey, then I’ll have it framed.  The Morgan jersey I got because he is signing here at a show in May, so I figure, why not go ahead and have him sign an authentic Reds jersey.  Hey, I couldn’t stand the Reds and Morgan, but I can’t deny he was a great player and Hall of Famer.

For signatures of players from that era, specifically the ’88 Dodgers.