With creative juices flowing, here is my attempt at being a lyricist.  Bernie Taupin I'm not, but I don't think these are too bad, and these tunes are appropriate for the 2011 Dodger Season.  I'll start off with my ode to missing reliever, Ronald Belisario.
To be sung to the tune of Harry Belafonte’s (“Day-O”): Banana Boat song 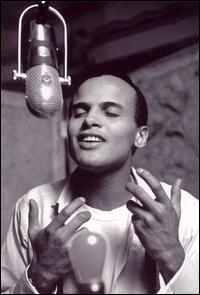 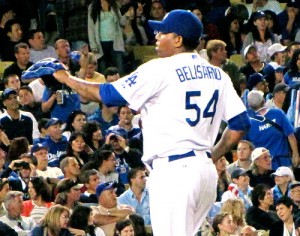 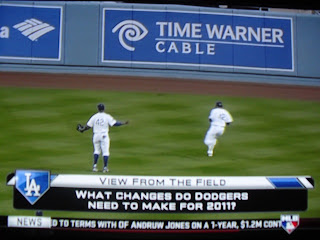 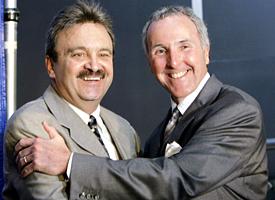 Come and listen to a story about a man named Ned
A Cub press man that barely kept his fam’ly fed,
Then one day he was readin’ in the news,
That Frankie McCourt was out givin’ interviews.
GM job, tinsel town, job with company car.
Well the first thing you know ol Ned’s a millionaire,
Sabean said, “Shut his cell phone off over there!"
Ned said "Jints are now the en’my cuz LA’s da place ta be"
So he loaded up his stuff an’ moved to Chavez Ravine.
Hills, there is. Real baseball Stadium with movie stars.
(Instrumental interlude with a lot of banjos)
(5 years later)
Well now its time to say good by to Ned and all his kin.
Schmidt, Andruw, and Pierre thank him fer’ kindly droppin’ in.
We’re spectin’ that a change occurs with Dodger owner Frankie
To have a heapin helpin of a fed’ral bankruptcy
Foreclosed houses, missed payrolls, wife takes everything.
Y'all come back now, y'hear?.
---end---
Posted by Evan Bladh at 8:25:00 AM