They Want Puig…Just Say "No" Ned

Recent news from the General Manager meetings about the Dodgers seem to be centered around interest other teams have in Yasiel Puig.

This isn't a surprise as Puig's upside and overall performance have turned out to be an absolute bargain.  Owed $3.714 million this coming season.  That's chump change for the Dodgers and also for most teams in the league outside of Oakland, Kansas City and Miami.  Even the remainder of Puig's contract is not overwhelming as it nearly doubles to $6.214 million in 2015, and then rises incrementally in the closing years of the deal: $7.214 million in 2016, $8.214 million in 2017 and $9.214 million in 2018.

Considering that the top tier players in the game will probably be making $30 million per season, a $9 million salary five years from now will be a super-bargain by then.  It's probably fair to say that the $42 million investment in Puig which was criticized across the board by baseball executives at the time, may have been the most astute move by the Dodger front office since Jackie Robinson.  Hear me out on this:

The flood gates to Cuba are now opening up to Major League Baseball.  Yes, there were other Cuban players before Puig, and some good ones at that (i.e. Cespedes, Chapman, el Duque, ), but none of those previous Cuban arrivals has had such a superstar arrival and impact on the game as the Dodger right fielder.  The Puig move has changed that as evidenced by the Chisox signing of Cuban stud first baseman Jose Abreu and the Dodger's inking of Alexander Guerrero this off-season. 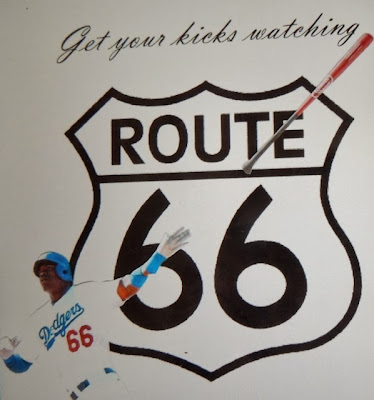 There are some bloggers clamoring for a Puig trade and I understand their logic in that they believe that his value is real high and they don't think it may not get much higher.  This is where I disagree.

Puig is so young and raw.  He has so much room for growth.  Essentially his ceiling is in the stratosphere.  Dealing him away right now would be akin to what the Dodgers did in 1955 and that was leave Roberto Clemente unprotected from the Rule 5 draft.  I realize that a deal for a superstar like Giancarlo Stanton in Miami would be a fine player received in return, but the five tools of Puig that haven't quite sharpened completely.  Stanton is an all star talent but the potential that Puig brings simply cant be overlooked.

A trade of Puig would be regarded in the same vein as the deals that sent away Mike Piazza and Pedro Martinez a few years before.  This franchise has been the victim of some real one sided doozies.  It's time for that to stop.  Puig is our guy, and even with an expected sophomore slump that we probably will see in 2014, this guy needs to be a Dodger for years to come. Right now, his contract has set him up for that.

The coaching staff will have to continue to work with him and break the wild horse a bit.  They'll need to get him to play smarter baseball and without the level of recklessness that we saw this year.  That will definitely be a chore, but Mattingly admitted that his staff will have to do a better job of that.  They recognize the challenge and will work on it.  In the end, it will pay off significantly.

Yasiel was able to make adjustments.  He listened to McGwire and worked counts later in the season and actually walked some.  He started hitting cut off men.  He backed off some outfield fences and actually heeded to the dangers of the warning track.  His adjustments reminded me of a young Roberto Clemente, who broke into the big leagues in 1955 with the Pirates.

Clemente was on the major league roster because he had to remain there all season, due to the rule five requirement that he remain with the big club all season.  Roberto should have been getting more seasoning in the minors, but the 20-year old had no choice and he started out in the majors with a bang. Not to the .450 batting average extent that Puig initially did, but after 17 games, Clemente was hitting .338, and for a 20 year old kid getting a fresh start in the Majors, with virtually no English skills and not any support staff to help him acclimate to the new culture, that was an amazing start. 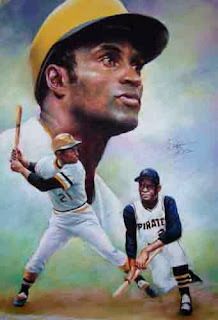 Eventually the league caught up to him.  Scouting reports spread and his weaknesses were exploited.  Clemente was a free swinger and he was striking out or popping out to balls thrown outside of the strike zone.  In his rookie year, he only walked 18 times in over 500 plate appearances and he finished the year hitting .255.

The Pirates were the only team in the league that had a club policy that required all there batters to wear batting helmets.  This was an edict from their General Manager Branch Rickey who realized that protecting his investments (players) was in his ball club's best interest.  It was reported that the young budding superstar, Clemente, had a short fuse and was taking up the habit of angrily breaking his batting helmets.

His former teammate Tom Saffell talked about it years later:

“He would come back to the dugout and take the helmet off and sit it on the board floor and he would jump up and down on it.  He must have ruined 15 helmets.   Fred Haney (the Pirate manager) finally told him, ‘Every time you ruin a helmet, you have to pay for it.’  That stopped him.”

Aside from the batting helmet issue, Clemente was slow to adjust to the majors.  Had he had the supporting staff that a player like Puig has today, which included a 24 hour translator and teacher in the first months of his acclimation to the U.S.,  there's little doubt that he would have succeeded much earlier in his career.  A look back at Clemente's first five season's in the majors it is plainly seen that his adjustment was slow and then he got it.  In 1960 he took off on a Hall of Fame career.

Perhaps it is unfair to compare Puig with Clemente's beginnings as a major leaguer, but the parallels are there.  These men, though from incredibly different generations and substantial changes with regard to player salaries both got to the majors in similar paths.  They both are five tool guys and forced into the big leagues at a young age.  Roberto had his struggles because of the era he lived in due to segregation and the lack of support structure in the game.  Yasiel has the advantage that he doesn't have to deal with those negative distractions, but he had the modern day distractions of fame and concentration issues.

We'll see how it plays out, but with the potential areas for growth in Puig's game, I truly believe he could be the next Roberto Clemente if he keeps his focus as a ball player.  That potential alone is reason why Puig cannot be traded.

Congratulations to Clayton Kershaw who won the Cy Young Award in a near unanimous vote.  Kershaw placed first on 29 of 30 ballots.  The lone second place vote he received was from Mark Schmetzer of Reds Report out of Cincinnati.  I guess he has some explaining to do.  The only other surprise I see in the voting results is Greinke's distant finish in 8th place.