My wife and I are in Nicaragua for the weekend to attend a wedding.  This isn't the first time I've been here and this time it is really a short visit, but a few things have happened that I think readers of this blog might find interesting.

First, there is the future husband of my wife's cousin.  His name is Cesar Armando Nuñez, and he's a television cameraman who spends his life taking amazing pictures.  He has also been our personal tour guide now for the last 24 hours and in the process, he simply takes amazing photos.   All the photos in this post are his shots and he has happily agreed to allow me to share them.  There's a lot of them and I have left a lot of fine photos out.

Second, I wanted to return to Roberto Clemente Stadium in Masaya.  I was there in 2003 during my last visit and I only took one weak photo from a distance.   There is something special about this dilapidated old Stadium that is currently undergoing rennovations that the caretaker told me would be finished by mid January.   This time I visited, Cesar took photo after photo of my wife and I as we took the unauthorized Stadium tour.  The home team that plays here is Los Fieras de San Fernando.  Yes, they have the SF on their caps and they adopted the colors black and orange.  Interestingly the most popular team in Managua, Los Indios de Boer, wears Dodger colors.

So what follows is the photo essay that I'm submitting without much explanation. The subjects in these photos are mainly pictures taken by Cesar of me and my wife, Esperanza.  (My hat, for those of you that don't recognize it is the WBC Dominican republic hat, that I believe goes well with my Dodger road jersey).

It starts with a view from the parking lot of a beautiful lake at the foot of the active Masaya volcano.  If you take a 180 degree turn "El Estadio Roberto Clemente" is visible,  named after the Pirate Hall of Famer.  We all know that Roberto perished in a plane crash when he decided to personally bring and distribute earthquake relief supplies to Managua.  Clemente received word that supplies from other sources were not being properly distributed to those in need by the Somoza government that was in power at the time, so he insisted on delivering them personally.  Sadly, his overloaded plane crashed into the seas off the coast of Puerto Rico.

The plaque that is in one of the photos reads the following:

"His heart and spiritual dimension was so large that he died in the course of loving his neighbor providing service that reached to the roofs of the vast skies, and for his grave, came the immensity of the seas.  To Roberto Clemente, Masaya, Nicaragua, 1972" 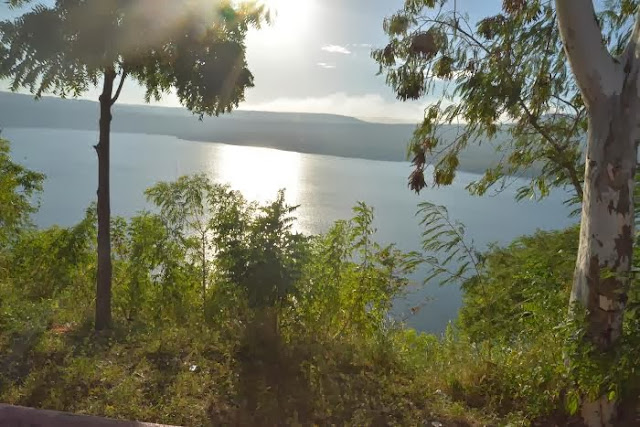 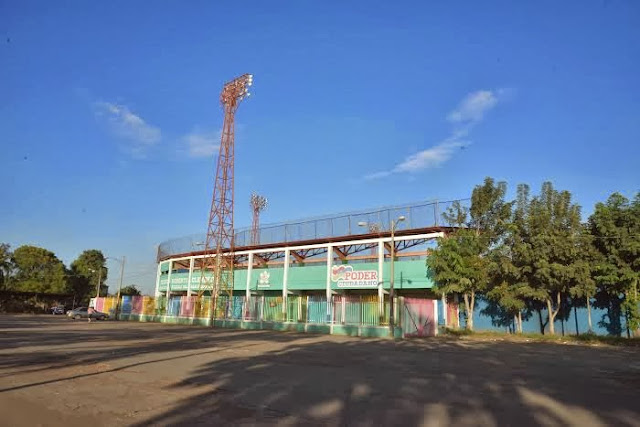 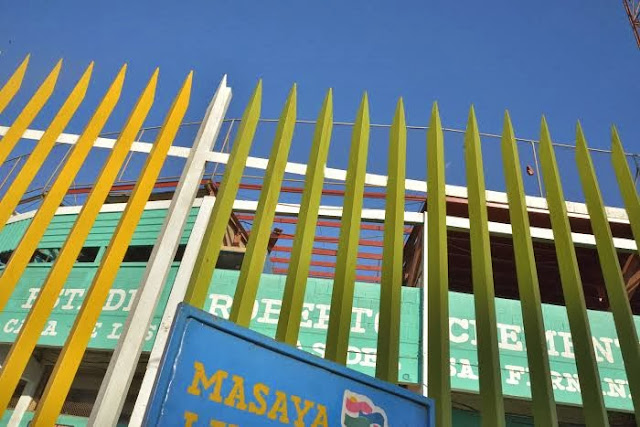 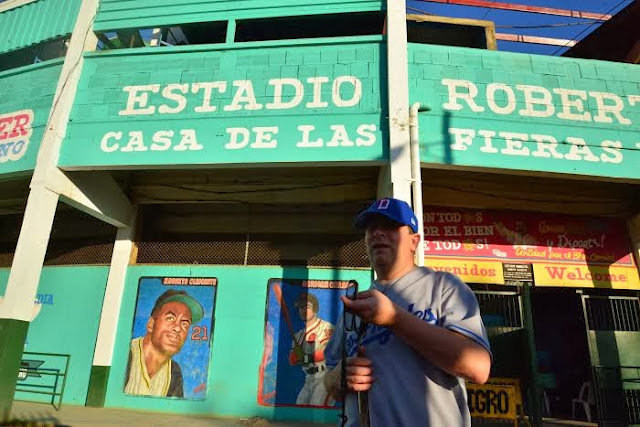 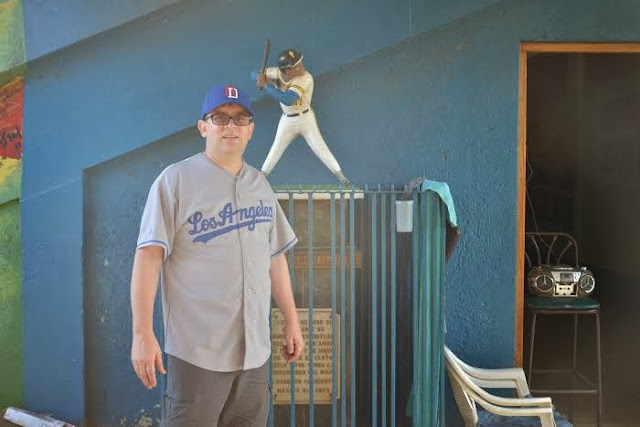 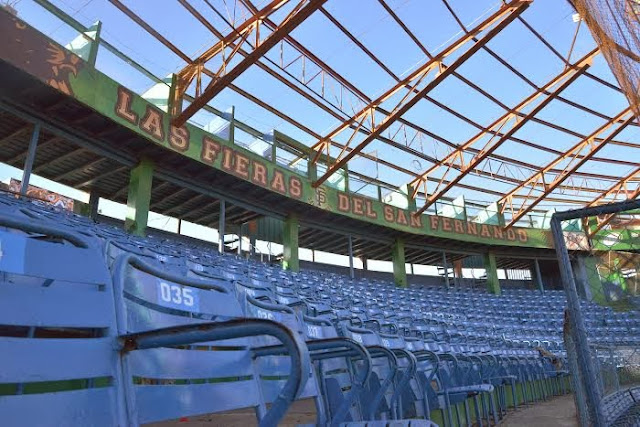 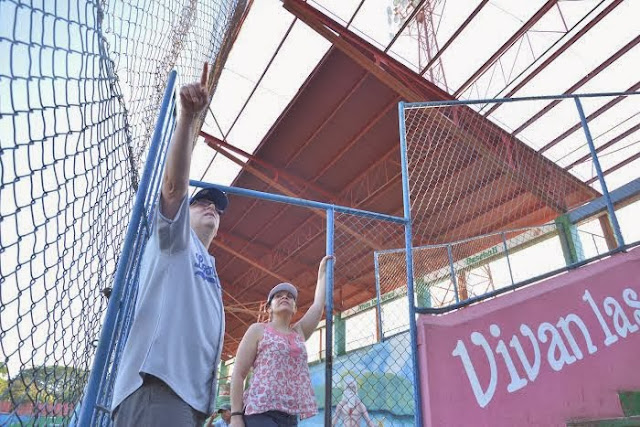 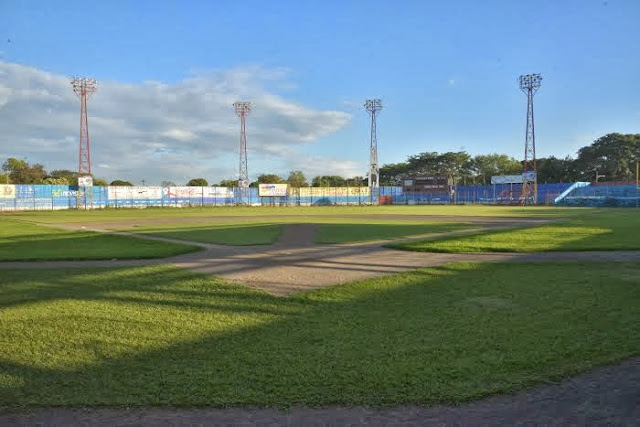 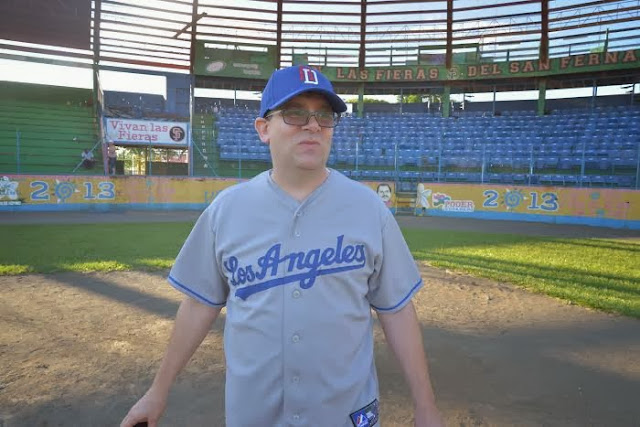 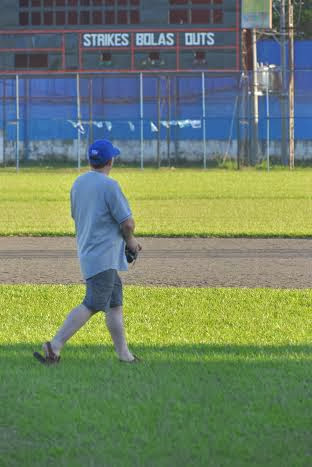 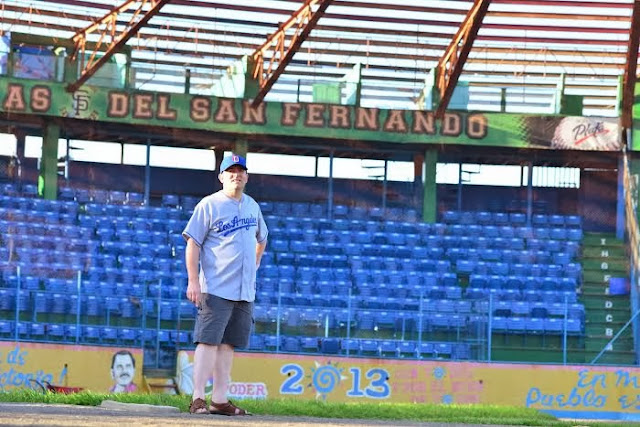 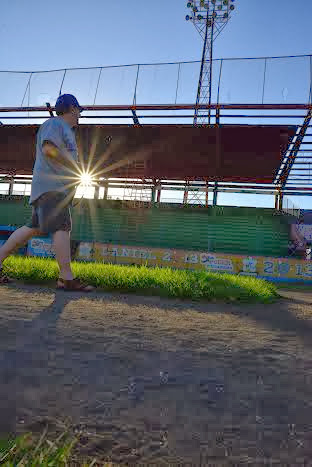 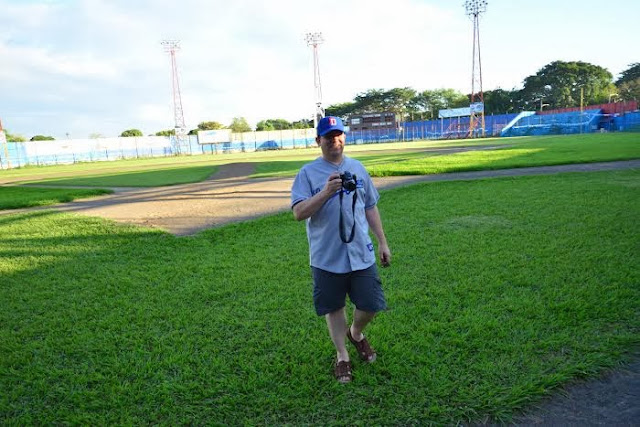 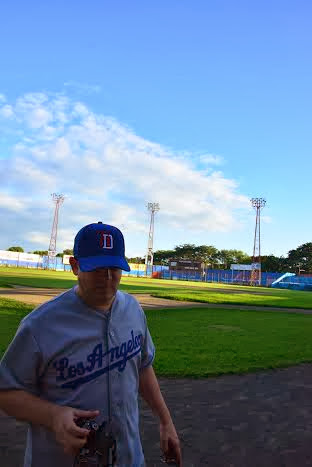 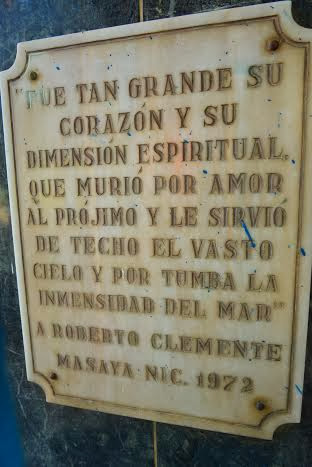 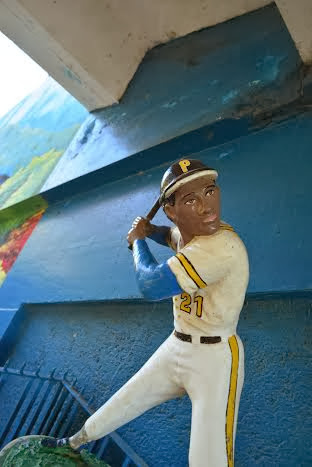 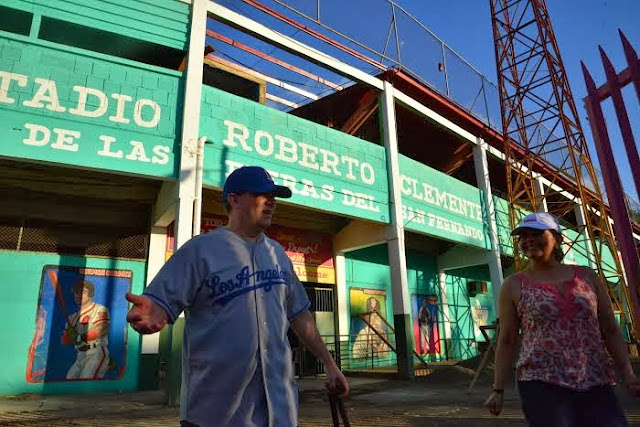 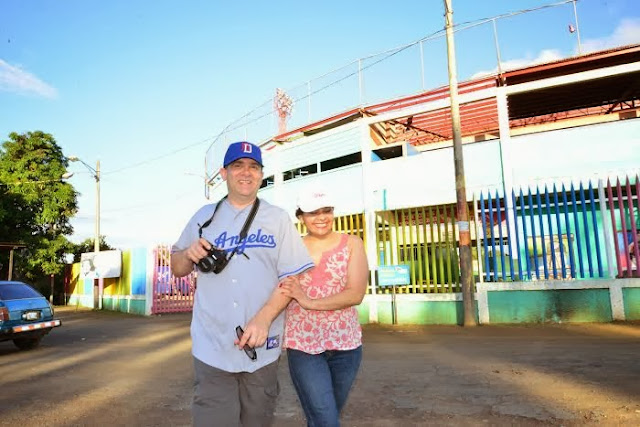 More photos to follow in next post.  Cesar took some incredible shots of young children and then some teenagers playing baseball in the streets immediately outside the stadium.  I think many will enjoy his photographs.  Interestingly, baseball is the sport of Nicaragua.   With a major league footprint of players past and present such as "El Presidente" Denis Martinez, former Dodger Vicente Padilla, current Padre Everth Cabrera and former Giant Marvin Benard, Nicaragua, though surrounded by soccer loving countries to its North and South, is dominated in popularity by baseball.  In this tropical land, baseball is the game that is followed with passion.