It’s common knowledge that the win-loss record is relatively meaningless during Spring Training, but should there be concern about a Dodger team that leaves Arizona after today’s game that currently has a 11-18 record?  This is a ball club team with so much promise and high aspirations that really hasn’t done well this exhibition season. 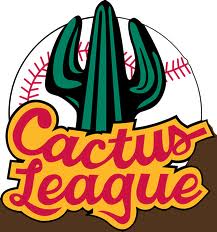 That shouldn’t be too much of a concern but lately it seems that the losses are blowouts as teams such as Kansas City, Colorado, Oakland and Cincinnati.  They’ve knocked the club around for a few innings and then we walk away happy because Puig went 4 for 4.

There comes a time when the W’s are important and the veterans need to turn on the light switch.  April 1st is 5 days away.

Teams that are tearing up the Cactus and Grapefruit Leagues are Spring Training are Kansas City, Atlanta, Baltimore, Detroit, and Colorado.  Some are teams with promise, others aren’t expected to go anywhere this year.

Then there are the ball clubs that have poor Spring Training records, such as the Dodgers.  They include the Yankees, Angels, Brewers and Reds.

I guess there shouldn’t be cause for much worry but key Dodger components as Kemp, and Gonzalez really haven’t done well.  The pitching staff has had more wrinkles than impressive performances.  We’ll see how adjustments are made once the season starts and the starting flag drops.  For now, just color me as a concerned spectator.

Chad Billingsley will not make a start this weekend as the team has decided to place him on the disabled list, retroactive to March 22nd.  This will allow his fingernail a few more weeks to heal, and he can start after the first three series of the season are over.  Reports are that he has difficulty throwing the curve with the nail problem, but that in minor league games he has been able to throw it.  According to fangraphs, Bills throws that curve just 4% of the time, so it isn’t a key component in his arsenal.

As of now, the Opening series against the Giants will have Kershaw, Ryu and Beckett starting.  Then against Pittsburgh, Zack Greinke will make his debut as a Dodger followed again by Kershaw and Ryu again.  When the Dodgers make their first trip on the road to San Diego, since there is another off day mixed in, the Dodgers could actually wait until April 13th before the fifth spot in the rotation will be needed, and that would be at Arizona.  Then the five man rotation should begin for the remainder of the year.

This will buy time for the Dodgers with an additional starting pitcher who will remain with the staff, at least for an additional 12-13 days.  Either Harang or Capuano will most likely make the big club is my guess.  Ted Lilly seems to be a D.L. candidate.  Whether this is enough time for Colletti to attempt to work a deal for one of the excess starters, that is the big question.

Scouts were in attendance last night at CBR to watch Harang implode in the first inning as the first four hitters faced were plated before the seats were warm.  Unfortunately, Aaron hasn’t really helped his cause this Spring having been hit hard in each of his starts.  That may have been Harang's last game in a Dodger uniform.