It's Time to Get Mad

I had to work last night.  I was able to sneak peaks on MLB Game day periodically.  I guess it was a blessing in disguise to miss this one, though I did watch the pitch by pitch results of the bottom of the ninth.

It was the same old story.  No offense.  No clutch hitting. It's ground hog day. It's a broken record that skips over and over.

The season is probably over.  It shouldn't be.  There are 18 games to play and still three with St. Louis, but the body language is telling us, this team has given up.  What they need is someone to get mad.  A manager with fire and spirit.  Someone that will toss the clubhouse spread on the floor.  A guy that is out and out feared.
Someone like Leo Durocher. 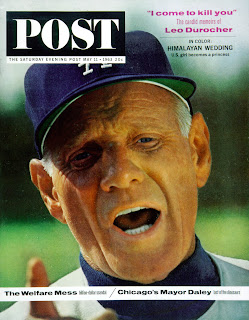 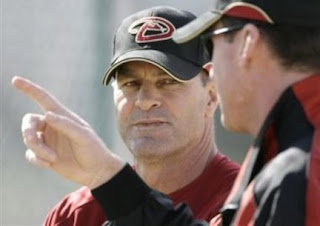 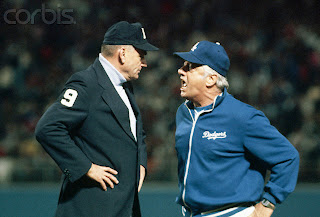 Instead we have a nice guy who assembles the reporters together and says over and over again every stupid cliche that there is in the book.  He's a "players" manager, which I guess means he gets along with them.  He's their friend.  He understands what they go through.  What he doesn't do is ever get in their face and call them out.
Donnie isn't in the batters box with a bat, but he's filling out the lineup card with the same names everyday.  He's not mixing things up other than an occasional tweak here and there.  Let's see him do something drastic.  Let's see him turn the lineup upside down.  Let's see him do some yelling.  Smack a water cooler.  Throw the clubhouse meal to the ceiling.  Close the doors to the clubhouse and yell so loud that the beat reporters won't need to ask him what it's all about.
When he has his postgame conference, he needs to go Hal McRae on them.
Okay, I just watched the McRae thing again...maybe not to that extreme.  But he needs to get mad.
He needs to snap Lee Elia style.  He needs to give his opinion of his entire team's performance a la Tommy Lasorda.
Anger is a requirement now.  This passivity stuff is doing nothing.
Posted by Evan Bladh at 12:20:00 AM