So I was stuck at work today, which forced me to take an occasional peek at MLB Gameday to watch portions of the Dodger train wreck that we all saw.  For some reason, John Lennon’s song “Imagine” is stuck in my head.  Then I realize that it was probably because the Dodgers faced John Lannon in their twilight win yesterday.  Now as they bow to the Nationals in the series finale and their season fades away, I present to you this ode to the Dodgers season...to the tune of Lennon’s "Imagine," inspired by Nationals pitcher John Lannon  Ross Detwiler. 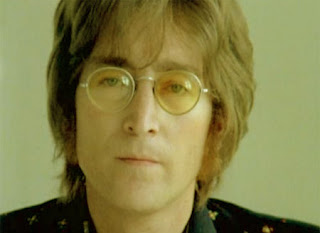 Imagine there’s no playoffs,
It’s easy if you try,
Nothing to play the games for,
They’ve kissed the season goodbye,

Imagine all that offense,
Grounding out meekly to first,

Imagine there’s no Giants,
It isn’t hard to do,
Orange and black not among us,
There’d be no Melkmen too,

Imagine a team that scored runs,
Not flailing away at 0-2 pitches,
oo-oo-oo

You may say we’re all dreamers,
But we’re not the only ones,
We know there’s alway Juan Uribe,
Who’s got the tools to get things done

Imagine a Matt Kemp homer,
I know it's hard to do,
They used to happen quite often,
Since AGon came he hasn't a clue,

Imagine Hanley Ramirez,
Diving for a grounder,
(it ain't gonna happen---replaces the oo's)

You may say that we're all masochists,
Putting up with all the pain.
This team in blue is our passion,
And they're driving us insane


You may say that we’re all dreamers,
Remembering 1988,
We hope someday to return there,
but deep down we know that’s not our fate.