The Blog has made it a year. It's OKP's One Year Anniversary...Reflections

One year ago today I got up the nerve to do it. I researched a little info on google and saw that setting up a blog wasn’t an impossible chore.  Though I had been participating in message boards and had engaged in numerous postings at various locations since 1996, I never gave serious thought to starting my own site until I realized that I had enough knowledge and some material to share what some might consider to be interesting reading.  Here I was, nearing the 1/2 century mark in life, and I really needed to engage this hobby of mine, to keep my mind going.
So I did it.  December 22, 2010.  My first post was launched, and away I went.
LINK TO FIRST POST


In 365 days I have written 247 posts.  There have been some real stinkers and others not so much.  A few I was downright proud of.  Followers have come and gone.  The biggest hurdle to keeping Opinion of Kingman’s Performance going has been my job.  Often I’m working 60 + hours per week in a relatively high stress environment.  What has amazed me is that I actually keep coming up with material.  Usually, something happens throughout the course of the day that triggers an old Dodger memory, and I’ll jot a few reminders on my notepad so that when I get home later in the day, an article can be written.
One of the weaknesses of this blog is that I self- edit my posts, and that has proven to cause problems.  At times, due to interest of time, I’ll complete a rush job on a post.  And after re-reading it a few hours later, I’ll cringe at the grammatical errors and blatantly stupid mistakes with misspellings or a missed word or two that changes the entire gist of a point being made.  I have made the mistake of trying to get breaking news out fast and I really need to sit back and realize that I’m not the L.A. Times trying to scoop everyone else. 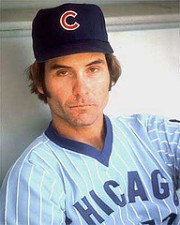 It has been a year where I have reached out and in the interest of the blog, met a number of players and former players: Dave Kingman, Tommy Lasorda (again), Sweet Lou Johnson, Steve Yeager, Ron Cey, Aaron Miles, Matt Kemp, Andre Ethier, John Ely.  I have interviewed Walter O’Malley’s grandson - Tom Seidler, and long time Dodger Executive - Billy Delury.  I spoke at length with Ben Platt from MLB and Dodger historian Mark Langill.  I was contacted by the CBS Evening news following my article on the Bryan Stowe beating for an interview.  I have been lauded and criticized, acknowledged and ignored, laughed at and applauded.  it all comes with the territory I guess.
I met the creme de la creme of Dodger bloggers at DodgerBlogger night where I saw first hand how intelligent and professional such bloggers as Eric Stephen, Jared Massey,  Roberto Baly, Xeifrank from Dodger Sims, Ken Steinhorn, The Sons of Steve Garvey, Ernest Reyes and others that are slipping my mind at this moment.
I reconnected with old friends that I met years ago at Dodgertown Vero Beach:  Emma Amaya and Linda Wilson.  I introduced myself to Dodger Films Bobby Crosby and re-aquainted myself with the left field pavilion.
Minnesota Twins fans reached out when I wrote of Killebrew and Carew and praised my articles, Padre and D-Back fans protested when I predicted them to have subpar seasons.  Giants fans wrote and protested because they hate all things Dodger and I hate all things Giant.  Red Sox, Mets, Phillies and Yankee fans wrote and objected to my criticism of the East Coast bias in the media.
The readership of this blog I attribute to the benevolence of other Sports blogs that have many times linked up my posts to publicize it.  Roberto Baly at Vin Scully is My Homeboy, Jon Weisman at Dodger Thoughts, Steve Dilbeck at the L.A. Times, Howard Cole at Baseball Savvy and the OC Register, and others have done so.  Dustin Nosler even interviewed me over at Feelin Kinda Blue, (BTW, he has a great blog over there).
There are times when I laid awake in bed at night when an idea came to fruition.  So I'd get up and write.  My dear wife has been the trooper through all of this, simply putting up with it and understood.  She accepted when I create a logo through my primitive attempts at art work.  She understood when I  shelled out $1,000 on t-shirts that nobody bought and another grand on uniforms, and participation fees for a softball team that will compete in the Dodger Bloggers Tournament.  Or the week I spent at CB Ranch, or tickets to games and trips to an autograph signing event or Dodger game that is 389 miles from home.  She supported me through it all.  She endures my time and effort dedicated to this baseball team, a team that gives back very little, especially with this ownership group.  A love affair with a “logo” she says, and you know what?  That’s a fairly accurate statement.
The blog allowed me to reflect on the relationship I have with my dad.  To write about it and to reach out to him in his last days on earth.  My last connection I had with my father was through article that I wrote of our time together and bonding through the Dodgers and sports.  Though he was suffering from dementia in his final  months, the last real connection I had with him was due to this blog and the article that I wrote about us.  That in itself made this whole year worth it.
So year two begins today, and I’ll keep the blog going as long as I am physically, mentally and financially able.  If two or three days pass and I haven’t contributed a new post, I feel like I’m neglecting it.  I appreciate the readership, the comments, the criticism and assistance.  Here's to many more years of Dodger blogging.
Posted by Evan Bladh at 10:05:00 PM