Random Thoughts about the Dodgers and Spring Training 2014

Jon Weisman's Spring Training piece at Dodger Insider again reminds us what an outstanding  writer he is.  To read it click HERE 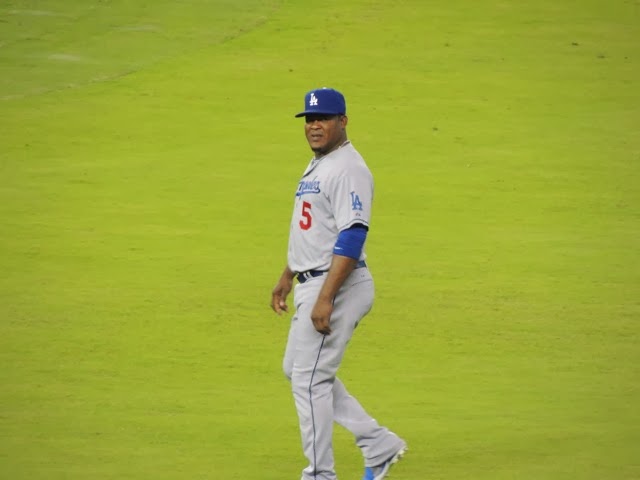 After this season Juan Uribe can say he's been a Dodger twice as long as he was a Giant.  Never thought that would happen about ten months ago.

It's crazy how trade rumors take off.  ESPN's Buster Olney admits in a piece that it is pure "speculation" on his part, but that Ethier would probably be better off in another uniform and a trade to Cincinnati for Brandon Phillips would be a good move.  Suddenly everyone starts tweeting that the Dodgers are rumored to make such a move and that they're unhappy with Alexander Guerrero's progress at 2B.  This social media stuff can really get out of control.  Ethier isn't going anywhere.  Matt Kemp still hasn't even tested his ankle beyond jogging.

After last season's madhouse at CBR with fans clamoring to see Sandy Koufax and the stampedes and rude behavior that accompanied it.  I have mixed feelings about going there next week if I have to put up with the same thing again.  Poor Sandy just wants to help out the ball club in peace.  Can't we respect that?  Let the man be. 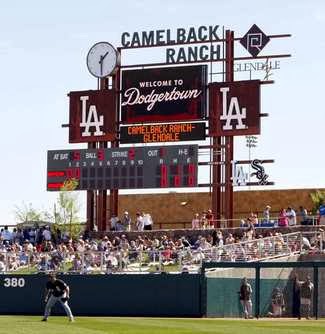 I loved going to Vero Beach for spring training. It was a favorite vacation destination and all and the history of the place was almost palpable, but I have to admit that AZ Cactus League action is pretty sweet.  The Spring Training venues are closer.  It's much easier to see two games at two different places in a day.  And best of all, a day off from the Dodgers can be utilized to take the family to the Grand Canyon, something I'll be doing this trip.

I never would have guessed this back in 1986 when I was a grad student at the Thunderbird School of Global Business Management, that the Dodgers would have their spring training facility in the same city 22 years later.  Then again, back in '86, the city limits of Glendale, Arizona didn't stretch west past 107th Avenue as it does today.   We couldn't even imagine where in the far west strands of the desert a 107th Avenue would be.   I lived off of 59th Avenue, and that was considered the western part of the city back then.

In fact, I delivered the morning Arizona Republic to the farthest remote western ends of Glendale back then in order to help defray what I thought were outrageous tuition fees, ($4,000 per semester).  The city expansion didn't extend any further than 83rd Ave I believe.  Beyond that was a lot of cactus and tumbleweeds.  So essentially Glendale, AZ has expanded another 50 blocks west since then.  At that rate, they'll hit the California border by the year 2055.  It was quite a shock to see all the changes when I first returned to region after 23 years, back in 2009.