Cuban shortstop Erisbel Arruebarruena is the latest signee by the Dodgers.  A defensive standout that is said to need to develop his bat to reach the majors.  Arruebarruena is 23 years old and many of us saw him last year in the WBC when Cuba played in Asia in the early rounds. 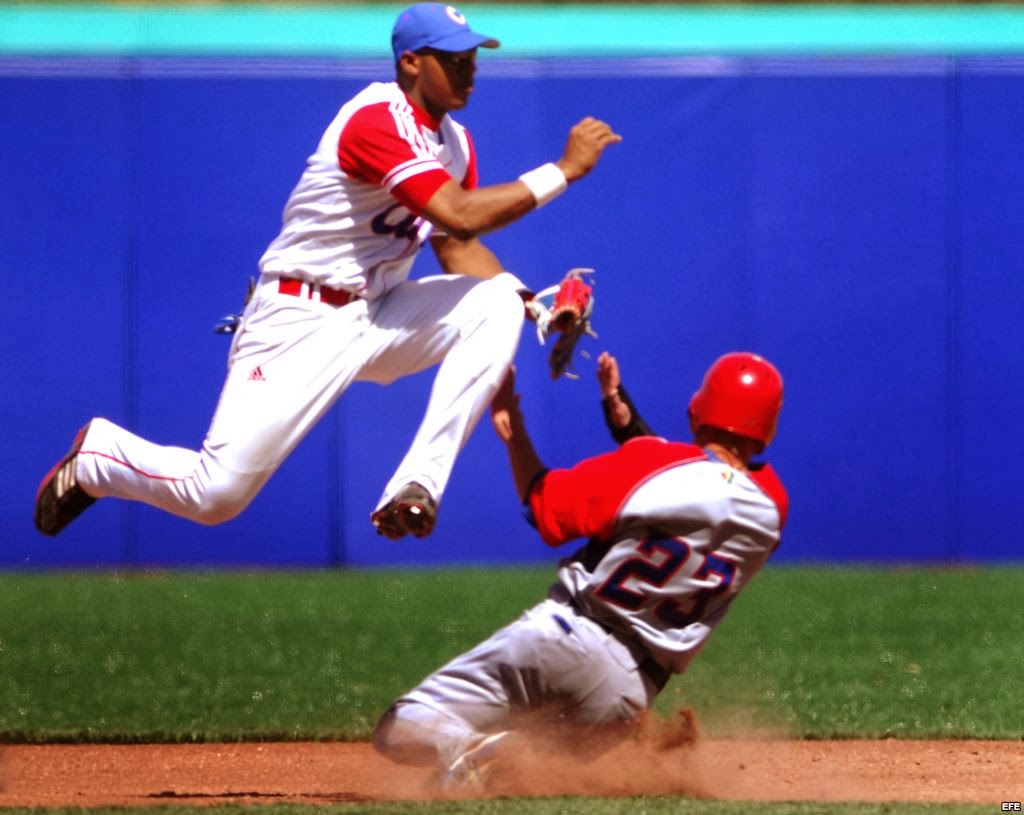 Ben Badler at Baseball America had this to say about him back in November, 2013:

"At 6 feet, 195 pounds, Arruebarruena has clean hands, quick actions and good body control. He’s a below-average runner, but his quick first step and instincts give him good range. He has a quick transfer and a plus-plus arm with accuracy, which allows him to make throws from deep in the hole and turn 4-6-3 double plays with ease. His awareness in the field is advanced and he’s shown the ability to make the barehanded play look routine and make strong throws from different angles. Scouts have called Arruebarruena a magician in the field, and if he can hit enough to be an everyday major league shortstop, he has the potential to win a Gold Glove."

There's more, but it's not good:

"Arruebarruena has a long swing, struggles with pitch recognition, swings through breaking balls in the strike zone and is prone to chasing too many pitches out of the strike zone. He has a pull-oriented approach and minimal power, so several scouts are skeptical he could hit better than .220 or hit a .300 on-base percentage against major league pitching. His lack of foot speed would also limit his appeal as a potential defensive-oriented backup, since he wouldn’t have as much value as a pinch-runner."

Interestingly, the Cuban national team preferred to start Arruebarruena at SS over Alexander Guerrero, as they considered the former's defense over the latter's offensive prowess.  Now they're in the same organization, with Guerrero moving to a new position.  It is recommend by scouts that Arruebarruena needs minor league seasoning, and that we might see him at Rancho or Chattanooga to start the season.

Cuba has a recent history of defensive shortstops that have made their mark in the majors, such as Rey Ordonez, and Florida's Adeiny Hechavarria.  Arruebarruena is within that mold.  Great defensive skills and instincts combined withoffensive liabilities.  Hopefully the Dodgers can work with him to change some of those bad habits at the plate.  He has six years Serie Nacional experience in Cuba, so he is quite established as a player.  We'll see if he can make adjustments to his game.

Below are some of his defensive highlights in a lot of grainy video footage from the Cuban Serie Nacional and the National team.  This is a very interesting signing, as the Yankees looked like an ideal spot for him, with the departure of Derek Jeter after this season.