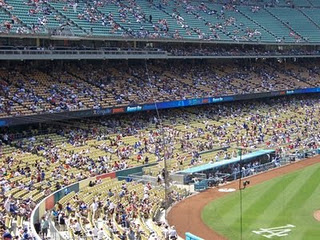 Dodger paid attendance led the National League in 5 out of 7 years between 2004-2010.  Then the fiasco of last season happened and Dodger paid attendance dwindled to it’s lowest point since the year 2000.  With that backdrop, the Dodgers announced today a reduction of ticket prices for season ticket holders, pretty much across the board.  Below is today’s press release from Community Relations:
Monday, October 24, 2011
DODGERS REDUCE PRICES AND ADD AMENITIES FOR 2012 SEASON TICKET HOLDERS
LOS ANGELES – The Los Angeles Dodgers are lowering pricing and adding new benefits for season ticket holders in the Field, Loge, Club, Reserve, Left Field Pavilion, Right Field Pavilion and Top Deck sections of the stadium for the 2012 season.
Dodger season tickets remain one of the best values in Los Angeles and all of sports. Lower pricing and related benefits will be available for 96% of the seats in Dodger Stadium. More than 35,000 seats will be available for $20 or less on a season ticket basis.
The Dodgers currently offer one of the lowest entry points in all of Major League Baseball for season ticket holders at $5 per seat. The $5 Top Deck option reflects pricing that was in place two decades ago. The $16 Preferred Field Box offering is the lowest in 10 years, the $10 Preferred Loge Box plan is the lowest in 16 years and the $6 Reserve option is the lowest in 24 years.
Several exciting new benefits will be offered in 2012 adding exceptional value to being a Dodger season ticket holder including the opportunity to enter the stadium one hour before the general public to watch Dodger batting practice. Season ticket holders will also be able to play catch on the field with friends and family after select games.
Additional amenities include access to all levels of the ballpark, from the Top Deck to the Field level. MVP and VIP Field Level season ticket holders will also receive a complimentary Stadium Club membership to use throughout the season.
Complete details on new pricing and enhanced benefits for the 2012 season exclusive to season seat holders can be found by visiting www.dodgers.com/seasontickets.
*******************************************
Missing Dodger baseball?  Check out Roberto’s Vin Scully is my Homeboy that has a clip of Jerry Sands’ 2 RBI double for Licey in last night’s Dominican League action.  Linked HERE 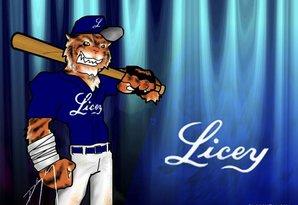 Interesting that Licey has Sands hitting third in the lineup in the first four games.  Hopefully Jerry is enjoying the atmosphere in the Dominican.  One thing I love about the Dominican League is that it is an intense atmosphere.  An ideal training ground to see if a player can handle pressure in a competitive league with knowledgeable fans.  Four RBI in 4 games for Jerry including a double and homer, not too bad a start.  And if you perform well, they LOVE you.
Posted by Evan Bladh at 2:46:00 PM