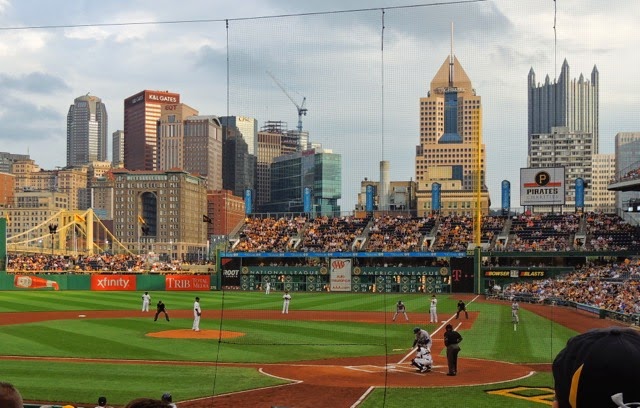 By my count, Pittsburgh's PNC Park is the 14th major league ball park I have visited.  Some are no longer in use.  Others have changed names more than once.  So I list those ball parks that I I have visited over the years, and some of the names have changed...and frankly, I don't care what the correct name is today.  They include: Dodger Stadium, Angel Stadium, San Diego's Jack Murphy Stadium, San Diego Petco Park, Oakland Alameda Coliseum, San Francisco's Candlestink Park and AT&T Park, Denver's Coors Field, Phoenix's Chase Field, Houston's Minute Maid Park, Miami's Marlins Park, New York's Shea Stadium and Boston's Fenway Park.

Now living in DC, a trip to Nationals Park and Baltimore's Camden Yards will happen shortly.  There's also Philly and New York nearby, so another five years should be knocked off my bucket list within the next year.

No need to discuss the misery of tonight's loss and the Dodger's dropping two games back in the standings.  The ball club is having its problems.  Though all can be quickly remedied with a sweep in San Francisco.  Dan Haren looked lost out there for three innings and there went tonight's game. 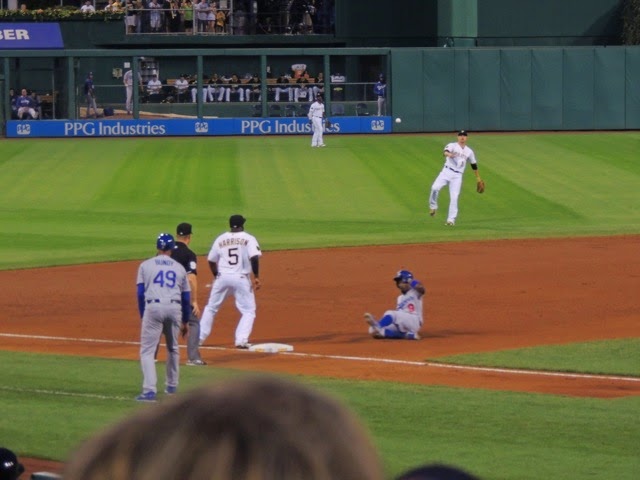 PNC Park is quite stunning.  Picturesque and perched on the Aleghany River.  It combines amazing scenery with a quaint and cozy park that is close to the action, providing a lot of great seats. 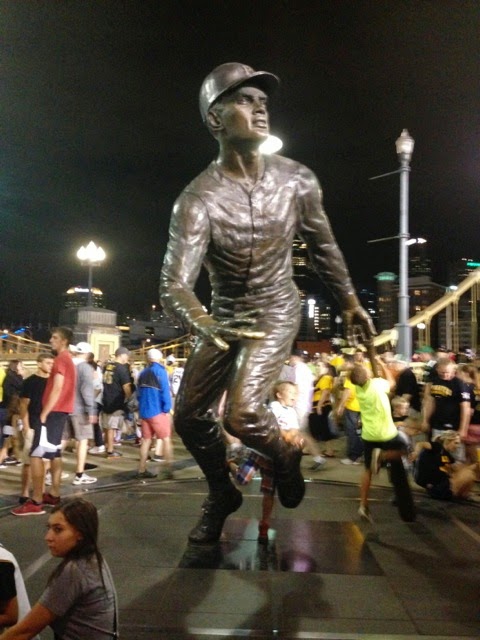 Of course, the statues of Stargell and Clemente add to the mystique of this magical place.

So here are a bunch more photos I took tonight.   There isn't much to write, so here's hoping that these shots provide a better perspective of the place. 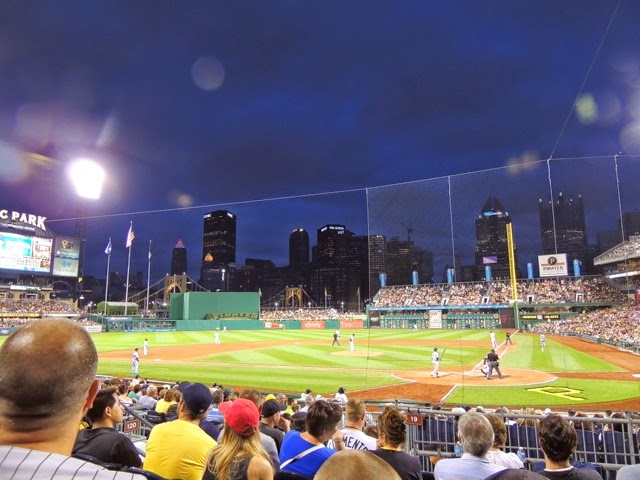