I'm back stateside just in time for the home opener, and after a lackluster three game set against the Angels, it's finally time.  So with that said I'll just say that I think this might be the most uneasy I've been regarding the upcoming Dodger season for many years.

That uncertainty comes from:

Injuries in the starting rotation 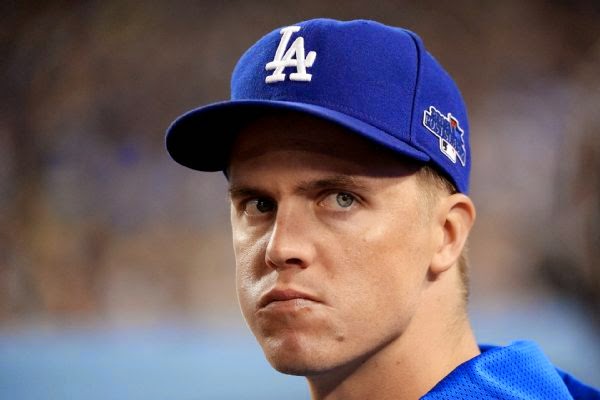 Greinke isn't ready and his barking elbow is the cause.  The Dodger brass, commonly known to me as the lying medical staff, misled us again and said that his lubricating injection was not a big deal, but it was.  Five weeks later he's still not ready and now it's time to be ready.  Is the elbow issue a harbinger of things to come?

Ryu's shoulder issues last season should have warned us.  He was shut down twice last year.  Now a few weeks into spring, it's the same thing over again.  If Ryu pitches 100 innings, it will probably be a surprise.  I hope he makes a liar out of me, but that's the way I see it.

And speaking of small work loads, Brett Anderson hasn't ever been able to provide a season's worth of starting pitcher innings.  Well at least not since his rookie year in 2009 (175 innings).  His left arm has sustained innings pitched workloads of 112, 83, 35, 44 and 43 in the following five seasons.  Now he's the number 4 or 5 guy, (depending on how you rank Brandon McCarthy and him).  After last night's game against Anaheim, confidence isn't a strong point.  It was one game, but the Angels were fooled by nothing as they were spanking the ball all over the place from the get-go.  He lacked command and they were hitting balls hard up in the zone.

McCarthy suddenly has become the number two guy on the staff, and that's a scary thought. He has lacked consistency and his spring training has not been anything impressive.  Yes, it's only spring training and let's just hope that he was working on stuff for the most part, as he did nothing to spark the confidence of the Dodger following faithful.

Look for significant starting pitcher innings this year out of Joe Weiland, Zach Lee, David Huff, Carlos Frias, and maybe even Juan Nicasio.  I just don't see the Dodger starting five as having enough  gas in the tank to make it through September.

So as we embark on following our guys for 162 games, I am hoping my concerns are those of an uninformed fan that really doesn't know things that are going on inside the organization.  I have watched from afar.  I missed spring training in person and for the most part I was out of the country and far removed from the team.  My observations are based strictly on MLB.com video streams and the occasional game I had time to see.  I see a lot of bloggers speaking very positively about this group, and there are many of them including: defense, young up and coming kids, Rollins/Kendrick DP combo, a catcher with power to name a few.

Prove me wrong Dodgers.  Please prove me wrong because right now I see an 81-81 team with struggling starting pitching.  Don't fret though.  I usually allow my emotional ties to the club to pick them to win it all, and look where that has got us over the last 26 seasons.
Posted by Evan Bladh at 5:20:00 AM