Call for a Massive Bubble Blast at Dodger Stadium

If this was Christmas time, I'd say there would be no better candidate to play the role of Ebenezer Scrooge than Joe Torre.  What's with that guy?  I've never hidden my disdain for his mountain size ego along with his poor on-field managerial skills, but now that he works for MLB he wants to ban the Dodger bubble machine?  Are you kidding me?  Aren't there bigger fish to fry for Mr. "I Never Met A Camera that I wouldn't pose for" Torre? 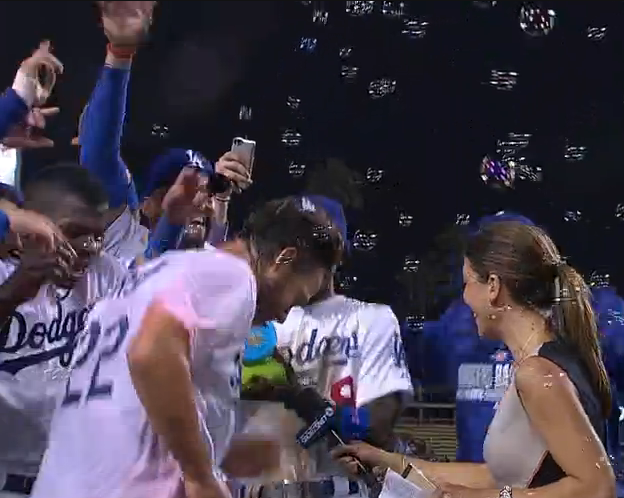 If you haven't heard, MLB is being mum about the news that they ordered the Dodgers to nix the bubble machine.  The team complied for Tuesday's game.  On Wednesday, the bubble machine was was back in action at Anaheim.  We aren't sure if MLB backed off on their edict or if the Dodgers are defying it and letting their actions tell them they can stick it.

How harmless is a bubble machine in the dugout?  It's silly, sure.  But that's what makes it appealing.  Grown men acting like little boys.  Kids love it, adults love it.  The boys of summer dance in celebration over it.  What damage is being done?  Absolutely none.

So here's my idea.  What we as fan have to do is create a massive bubbling protest against MLB.  For the next Dodger game, all fans need to bring their own bubble making apparatus.  Nothing fancy.  The plastic ring thing with the blow through tube.  When the Dodgers score a run, Dodger Stadium can turn into a giant bubble making magical paradise.  If MLB won't allow it in the dugout, we can all stick it to party pooper Torre.  Try stopping 50,000 plus bubble blowing fans Joe.

Do it folks.  Let's blow Joe away.